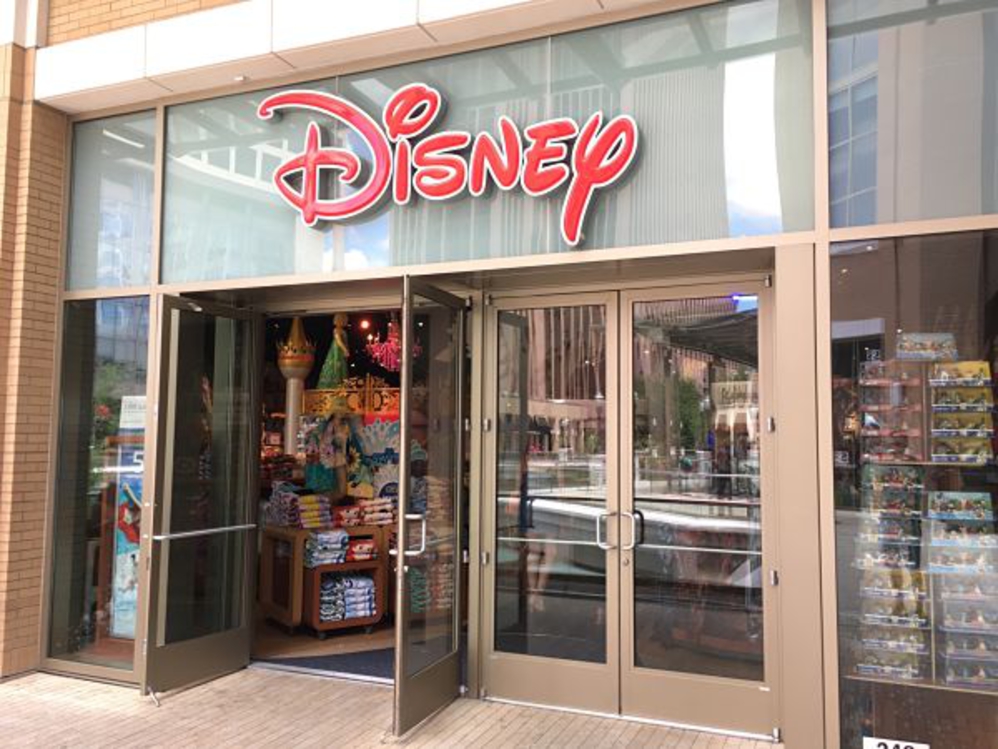 Earlier this year, The Walt Disney Company announced the September closure of most Disney Store locations nationwide. This is the second and final phase of the closure process. The closest one near my town in New Jersey is about thirty minutes away in a mall that I’ve visited often. It will be part of the closure, leaving the state with only one remaining open. Can you believe that the one near me opened in the late 80’s?! It’s been that long. It’s the end of an era.

Is your local Disney Store part of the closure or did it close last spring in the first phase? How do you feel about saying goodbye to a little slice of Disney in your neighborhood?

The Disney Store was/is a chain store that began its expansion over thirty years ago. I can’t believe it’s been that long. While it has seen many changes over the decades, including different companies owning the stores and a partnership with Steve Jobs, it remained a mall favorite. My favorite stores were the Disney Store in Times Square (which will remain open), and I am saddened to see that my favorite – Hawaii’s only Disney Store – will be closing as well. The World of Disney located in Disney Springs is also a favorite store of mine because it is beyond a Disney Store in terms of atmosphere; it’s more like a beautiful museum. It too will remain open along with the NYC location, as will an additional location at Orlando International Airport (MCO) called The Magic of Disney. The Disney Store was more than just a store; it provided a dose of Disney for the whole family.

I understand the closures; your local mall probably hadn’t seen much foot traffic even before 2020, so of course Disney must do what’s best for their fiscal survival. It’s a good business move, I know. For New Jersey, malls were as iconic in the 80’s when they began opening the Disney Store as diners are still today. But no longer.

I will miss my visits to my favorite store in the mall. I never passed up the opportunity to stop inside even as my kids got older. It helped me ease my Disney homesickness in-between my Disney vacations. I guess I too am part of the reason for its closure as I’ve spent less time in malls over the past decade and more time online.

I never left empty handed, though, when I did go! There was always something for me to purchase, even as an adult. My last purchase was a mug and a Minnie Mouse plush in Halloween décor. What I enjoyed about my visits was the atmosphere. I loved how the cast members created magical experiences; from what they wore to their pleasant welcomes and how friendly the shopping experience always was. The merchandise was only part of what the cast members offered. They gathered children for activities, events, and daily sprinklings of Disney magic; you felt like you weren’t in your local mall but a Kidcot Fun Stop in Epcot. There was a comfortable viewing area for the latest Disney shows or live feeds from the parks. I loved the flooring with the colored tiles that felt like you were walking into an evening at a Disney Parks event, the trees that lined the aisles felt like I was in the Hundred Acre Wood, and the ceiling that was dark made me feel like I was transported to a calming, Disney-quality experience. Plus the music. And there was always a castle. I felt like I was in the parks.

The closing of the Disney stores will affect how you shop for Disney merchandise. Of course most of us who want Disney items purchase them online; that will still continue. Only a few stores will remain, mostly in outlets. But Disney is also creating more spaces in local big box stores, mainly Target. You’ll find a pop-up shop now offering what you need. An Ulta Beauty store will feature Disney-inspired items. You’ll also find Disney toys in Toys-R-Us pop-up shops within Macy’s locations. But I want more.

While your local Target store won’t be the Disney Store destination you had before, it will do what you need to efficiently purchase your holiday merchandise. For me, I will miss my experience, my little piece of Disney heart and soul for a short while on my mall trips. I will miss the soft, warm atmosphere, the products that leaned a bit more Disney Parks-themed rather than simply a Disney toy. But most importantly, I will miss being greeted by friendly cast members who interact with you and offer a personal experience and a feeling like you were in the parks. I thank those cast members who will no longer be working for their beloved Disney Store on a daily basis because it’s the human connection that is what Disney magic is – the human spirit that connects us – and they are the most affected by these closures. Thank you.

How do you feel about your local Disney Store’s future? I will miss you Mickey, See Ya Real Soon…

Follow along below with Ryno as he shops at a closing Disney Store: