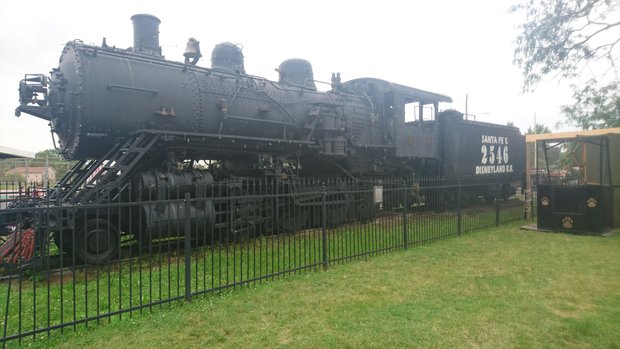 July 4th, 2016: Main Street U.S.A. was completely packed, people darting here and there throughout the colorful signage and decorated store-front glass. There was an extra air of excitement surrounding events that day, as you could feel a type of warm electricity running through the whole place. What a wonderful way to spend America’s Independence Day, in a place that held such a passionate place in Walt’s heart. And the crowds! People to the right and left: Toddlers were nervously giggling and trying feverishly to maneuver half-melted frozen ice cream cones. Small and extended families strolled by, passing freshly buttered popcorn and ice-cold drinks back and forth while they walked the sidewalk. Workers feverishly doling out sweet and savory treats to the lines of hungry, waiting guests, all while numerous rides whizzed by excited onlookers in the background.

“Wow,” I thought. “Today is going to be an extra special day. I’ve been looking forward to this for years! And now I have the wonderful opportunity to share this rare and memorable experience with my family. Yes, this is a day I will treasure forever,” I said to myself.

It’s not hard to understand why, really. Growing up, I had always dreamed of traveling to Disney World. As a young child growing up in the Midwest United States, I heard the tall-tales of classmates in grade school who bragged about their annual family adventures to the House of Mouse. (It didn’t help that just about every after school ABC sitcom, including Family Matters, Step by Step, and Full House shamelessly plugged the World, either. I can still hear myself calling out to mom from the downstairs living room during commercial breaks and after the final closing credits: “Mom?!? When can WE go to Disney?”)

I remember looking through each local library for any and every book on Walt Disney’s life story, but it was my father who found what would be one of my favorite childhood books: Walt Disney: An American Original, penned by Bob Thomas. Not particularly a Disney fan himself, he appreciated true tales of American icons who persisted against all odds. It was here in this book, through its magical pages, my love for Disney animated movies and cartoons turned into a fascination for the man behind the curtain. I was mesmerized learning of Walt’s rough start in life. How he struggled meeting the harsh realities and family expectations as a young child in a working role for his father. How he held firm to his love of animation, storytelling, and imagination. As I grew, Walt’s stories of hardship, persistence, and determination would serve as a sort of background bellwether in life, quietly yet clearly providing a stark example of someone who would not let life get him down or steal his dreams. Within several years of receiving the book….After years of waiting, dreaming and saving, my family finally made our pilgrimage to Orlando when I was a junior high school student in the mid 1990’s. To this day, I still cannot figure out how relatively simplistic experiences, such as Splash Mountain, could make such a powerful impact on a random Midwestern, American youth. But it was that first walk down Main Street U.S.A. with my family where I truly felt it: The seeming presence of Walt Disney, and perhaps an up-close encounter with a tangible, everlasting reminder of holding onto one’s dreams and ideals. Now we were here, my family and I, on America’s birthday.…the 4th of July! Celebrating a classic American holiday here in the place that Walt cherished and credited for shaping the core of who he was and what he did. The place that gave him experience after life-changing experience that would stay with him for a lifetime, forever imprinting stories of joy, wonder, sadness, and laughter. Not only on him, but for generations to come. Sure, my trips to Main Street U.S.A. in Walt Disney World were life-changing and I’ll never forget each time I’ve had the privilege to visit, but today was just as important, if not more so. Today was a chance to walk in Walt’s shoes, and to try and catch a glimpse of what he held so dearly: Today, as I strolled down Main Street U.S.A. in Marceline, Missouri with my family, I was inspired. Sure, it is seemingly a small, unassuming town in the rural Midwest, and yet, having the opportunity to meet and chat with some of the warmest people you will find anywhere, your imagination comes alive with the stories as recounted by Walt and his closest family. This place, with its welcoming populace and storybook, All-American setting (complete with Walt’s beloved train tracks running through the center of town), gave me a glimpse of what must have inspired Walt into telling some his beloved tales which have stood the test of time. What a treat to have been able to visit the place which really helped shape Walt into the man and unexpected icon which he became. The place that reminds us that if you keep on believing, that dreams that you wish really can come true, and that hard work and persistence pays off.

(This is the first article in a 3 part series about my trip to Marceline, Missouri, to learn more about Walt, see where he spent some of his early formative years, and even to speak to those who knew him and tell personal stories about his life off-camera.)