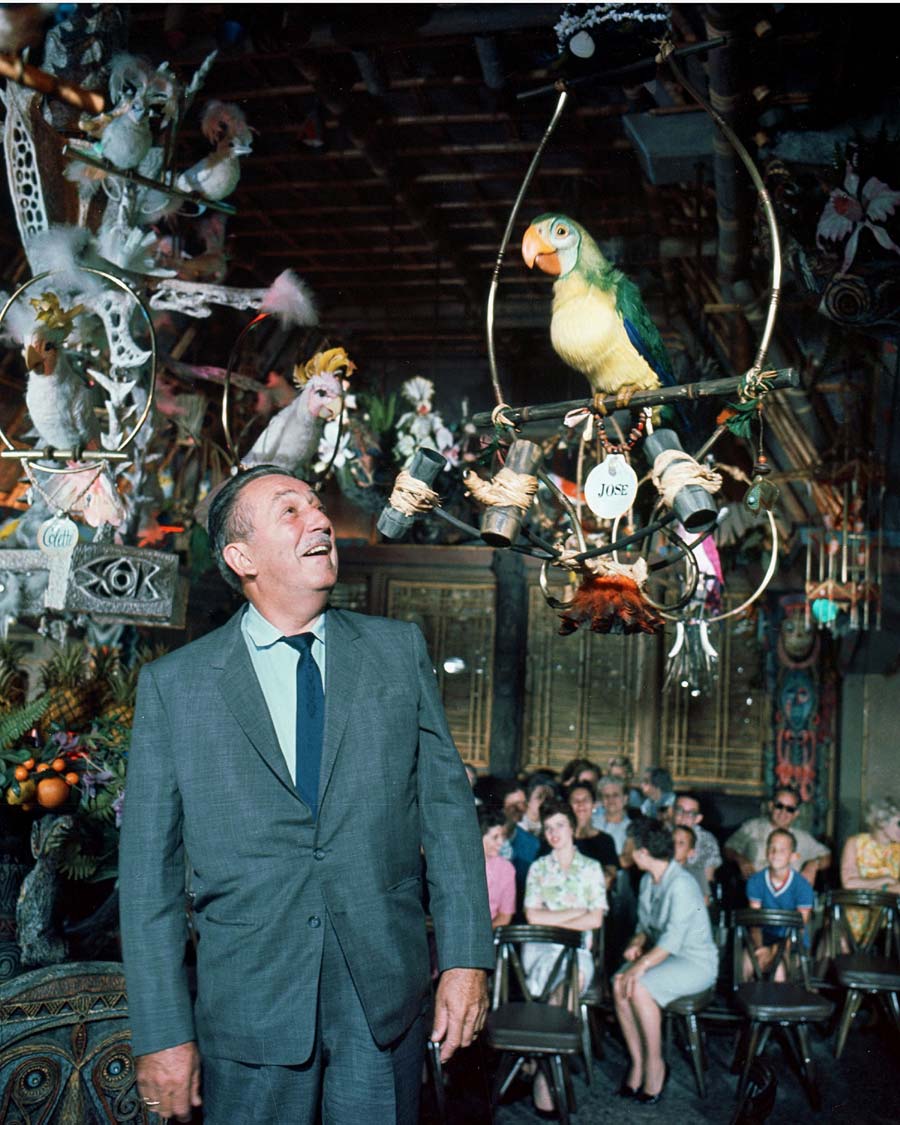 Can you name two Disney theme park attractions with Walt Disney’s name in the title? Before you get out your park maps, here’s the answer:

The Enchanted Tiki Room is similar to it’s a small world in that guests either love it or hate it, and you’ll have the songs stuck in your head after experiencing the attractions. The Tiki Room was the first Disney attraction to feature Audio-Animatronic figures. Richard and Robert Sherman wrote “The Tiki Tiki Tiki Room.”

When Walt Disney first conceived the idea, his original plan was for a restaurant to be named The Tiki Hut. The magic fountain in the center of the room was originally planned to be a coffee station. Tables and chairs were purchased, which is why in the early years of The Tiki Room guests sat on chairs rather than benches. Since it was designed to be a restaurant, it is the only attraction with its own restroom. Walt became concerned people would eat at the restaurant and not leave so they could keep watching the tiki birds perform, so Walt kept the show and turned it into an attraction.  Walt Disney World’s Magic Kingdom and Tokyo Disneyland also have versions of The Tiki Room.

In my segment on The DIS Unplugged Podcast: Disneyland Edition, I talk about the monumental and historic achievement of Walt Disney’s Enchanted Tiki Room which led to many other delightful attractions. You’ll also learn how Walt Disney’s fondness for wearing sweaters helped Imagineer Harriet Burns solve a problem with designing the tiki birds and where you can visit Disneyland’s Tiki Room Barker Bird.