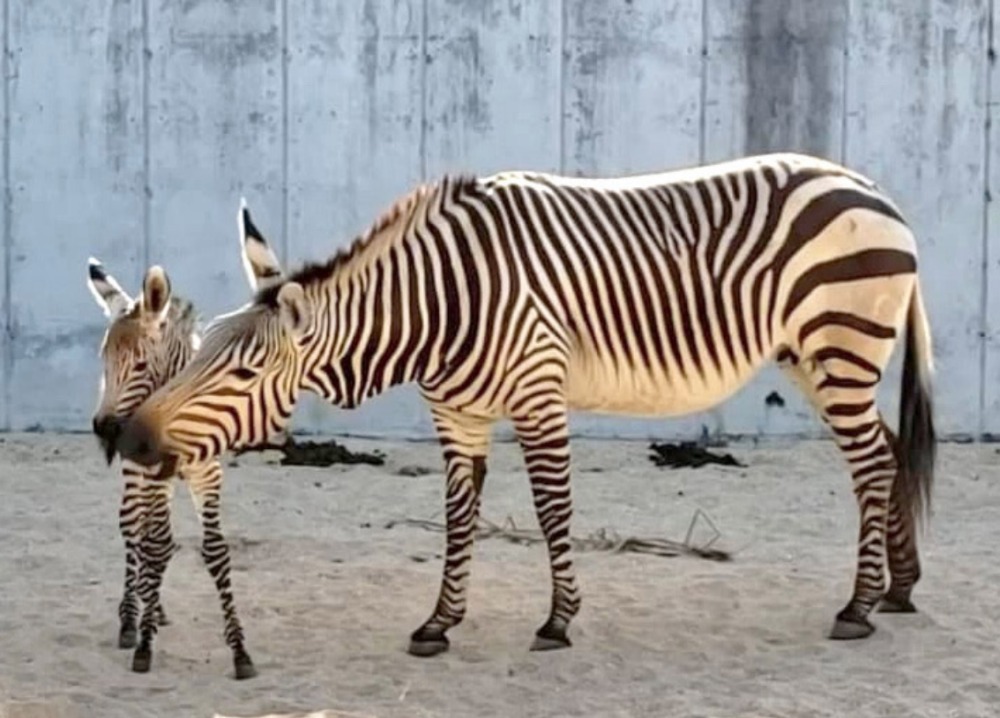 The 65-pound zebra was born to first-time mom Heidi and was up and moving just a few minutes following her birth. The baby hasn't been named just yet, but she's already very active and curious. She is much like her mom and has very long legs.

Take a look at the video below that was captured by one of the animal keepers to see a few moments of sweet mother-daughter time.

Mom is showing her natural parenting abilities by staying close to her baby to bond and nurse. Young zebras will memorize the unique markings on its mother’s hind legs so they can tell her apart from the rest of the herd. Once the pair have had the chance to bond for a few weeks, they will be introduced to the Kilimanjaro Safaris savannah.

The foal was born as part of the Species Survival Plan (SSP) program, which is overseen by the Association of Zoos and Aquariums (AZA) and ensures responsible breeding and genetic diversity of thousands of species of animals. Her arrival marks the third zebra birth at Walt Disney World this year.

Hartmann’s mountain zebras are found in sub-Saharan Africa and are a vulnerable species due to habitat loss and hunting. To learn more about zebras and other species Disney is working to protect, visit DisneyAnimals.com and follow Dr. Mark on Instagram: @DrMarkAtDisney.