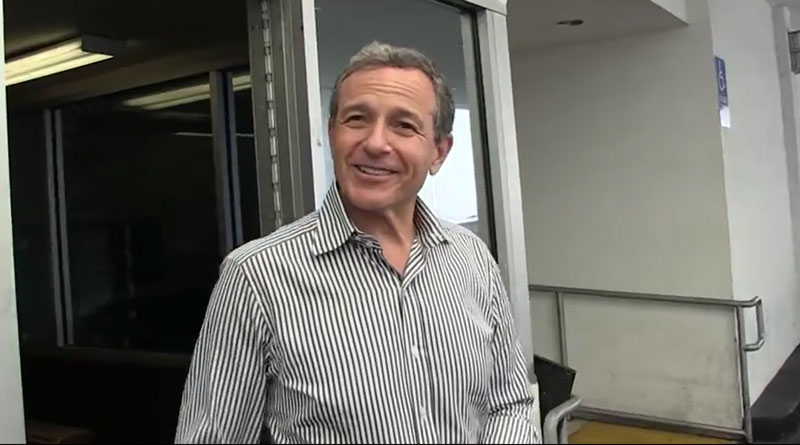 ShareTweetSubscribe
In their traditional style of ambush reporting, TMZ surprised Disney CEO Bob Iger in the parking area at E Baldi in Beverly Hills to question him about his confidence in Ron Howard as the new director of the Han Solo film. As would be expected, Iger avoided answering questions about the upcoming Star Wars feature to a certain degree, but did offer a few retorts. When asked if the movie can be salvaged, Iger answers,"Yes, of course." The reporter asks a few questions about Howard's experience with the sci-fi/fantasy genre, stating the only other "space movie" Howard has done is Apollo 13. Iger replies, "I don't think that is relevant in this case." When asked if the veteran director was a "big Star Wars guy" Iger confirmed, "He's gonna be great." In an effort to put a negative emphasis on the film's developments, TMZ asks Iger, "I'm not saying it is, but, what can you say to the fans to convince them that it's not doomed?" Iger gives a measured response, stating, "First of all, we have a great cast, we have a great script, and we have a great director. It's gonna be fine." Lastly, when pressed about possible delays Iger gave a simple, "Not gonna say." Source/Image: TMZ
ShareTweetSubscribe