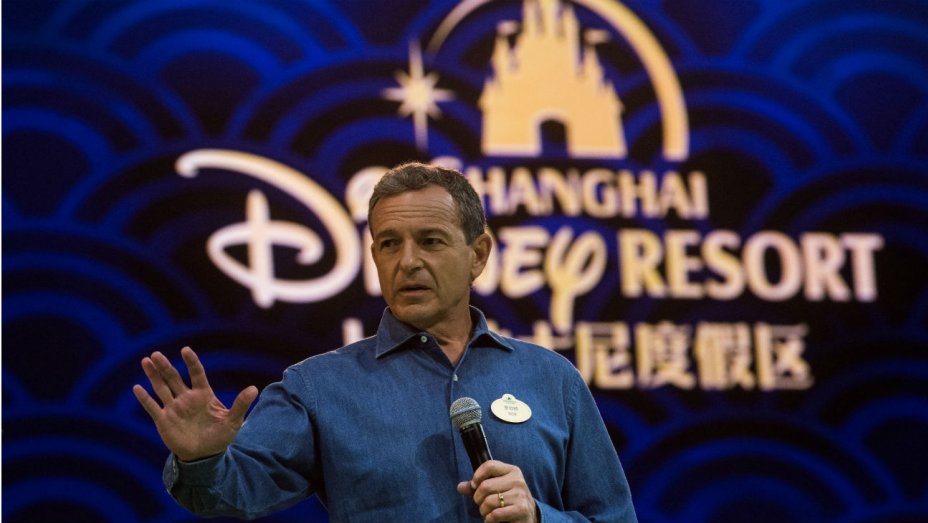 Shanghai Disney Resort just had its first birthday, and Bob Iger was on site in China to celebrate with some positive news about the park’s performance. Exactly how well Shanghai Disney would perform was a matter of much speculation; now, it appears the venture has had an extremely successful start.

A special nighttime show was held to commemorate the event. A mandarin version of “When You Wish Upon a Star” played as a montage of scenes from the park’s first year were displayed upon Storybook Castle, lanterns floating in the air surrounding it.

Speaking in front of the park’s Storybook Castle, Iger said, “[This] first anniversary is cause for great celebration for everyone involved in bringing this spectacular dream to life.” He also stated, “More than 11 million guests have already visited, and we look forward to welcoming many more in the years to come.”

Two-thirds of those 11 million guests are from outside the Shanghai area, meaning the park has more than just a local appeal. The resort’s debut year “exceeded every one of [our] expectations, from theme park attendance to guest satisfaction”, according to Disney.

Chris Yoshii, vp of economics at U.S. consulting firm AECOM’s Hong Kong office, said, “Given the significant unknowns about how well the China market would accept the Disney product, it’s a huge sigh of relief. What is more remarkable is this was achieved at a price point that was 100 percent above other local theme and amusement parks in Shanghai.”

How well Disney had set its pricing in Shanghai was a key factor on the park’s possible success. The average weekend admission price for Shanghai Disney is 499 yuan ($73). The average monthly salary for Shanghai is under 6,000 yuan, which is above the salaries of other parts of the country. With those high ticket prices, as well as high concession prices, it was unknown if it would prove too costly for vacationers to consider.

The high costs do not appear to have hurt it though, as the resort is now seen as a prestige offering, adding to its appeal. It is popular enough that lack of capacity is one of the few problems the park has on its plate. Construction of a new Toy Story Land began in November, which Iger says is the “first of several planned expansions in Shanghai.” Chris Yoshii remarked, “The biggest complaints are about long lines for key attractions, so they are looking to add more capacity.”

Large crowds of guests also made entering the park more difficult. In Shanghai, the purchaser of the ticket is required to be present at the gate with valid ID to prevent fraud and ticket scalping. This lead to bottlenecks, which Disney has since made an effort to lessen with new gates and better queue management.

One possible difficulty Disney has managed to avoid so far is local competition. Wang Jianlin, chairman of real estate conglomerate Dalian Wanda Group, had challenged Disney’s Shanghai presence from the very start. His claim was to drive Disney out of Shanghai with the construction of 12 new parks across China, built by Wanda. China currently has plenty of room for theme park expansion. According to AECOM, Chinese park attendance will overtake the U.S. as the largest market by 2020, with 280 million visits per year.

With a positive first year in the bag, Disney now has the daunting task of keeping people interested. “The challenge is that people rush to see the theme park at opening and then take some time to come back again,” said Yoshii. “You need to stay active and engaged with the market and offer something new in year two.”

Disney does not appear to be resting on its laurels just yet. Iger finished his public address with this, “Finally, I would like to say, this is only the beginning.”