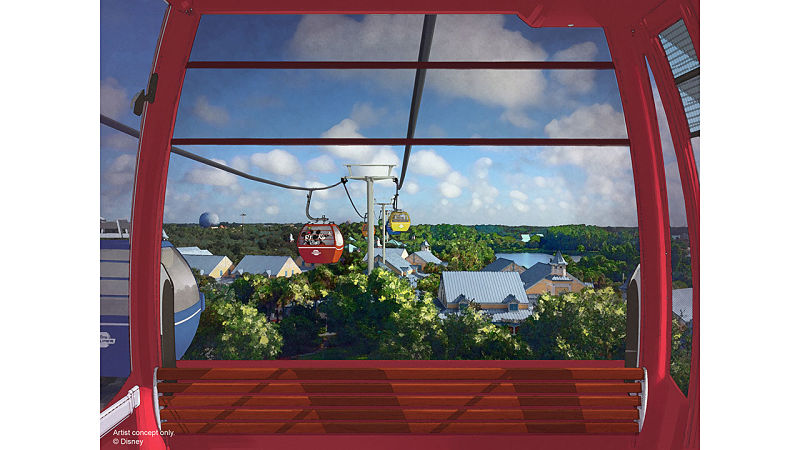 At the D23 Expo Disney Parks panel it was officially announced by Bob Chapek, Chairman of Walt Disney Parks & Resorts, that the new gondola system will be named the Disney Skyliner! The gondola system has been all but confirmed, but now we know it is official! The gondolas will have stations at Epcot, Disney’s Hollywood Studios, Caribbean Beach Resort, and Art of Animation.