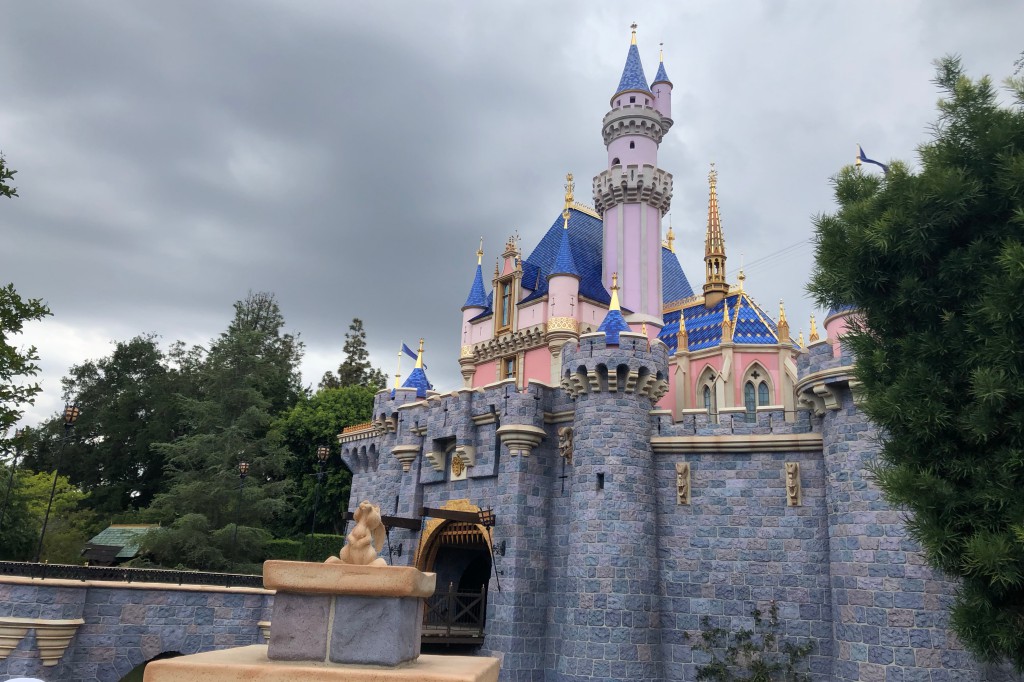 The makeover of Sleeping Beauty Castle is finally complete and construction walls are down at the Disneyland Park icon. The months-long refurbishment was need to repair or replace some of the castle roofs, but Imagineers also used the time to add a little pixie dust.

The castle has been updated and refreshed several times since Herb Ryan created the concept art over 60 years ago. This time around, Kim Irvine, an art director for Walt Disney Imagineering, was supervising the update:

“What’s interesting about this time is that we used an ages-old painting technique called atmospheric perspective to visually heighten the castle. We warmed the pink hues on the lower towers and gradually added blue to lighten the colors toward the top.” 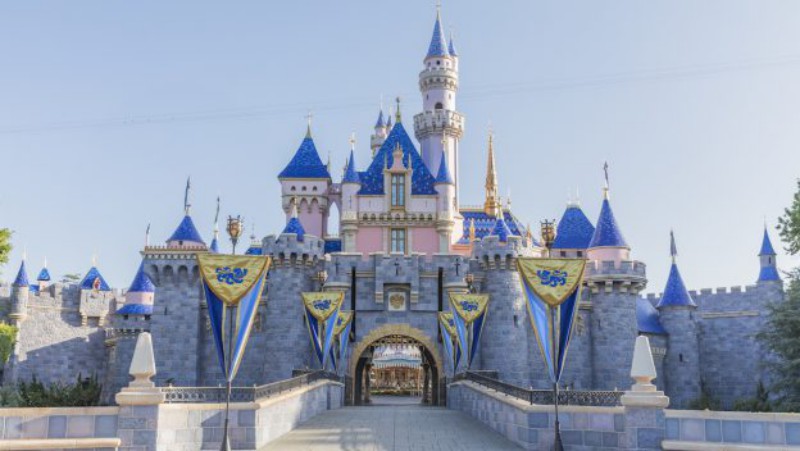 The is also true of the roofs, which are lighter at the top of the castle. Some even include a sprinkling of gold pixie dust. The original turrets were digitally scanned so that Imagineers could maintain the same roofline. 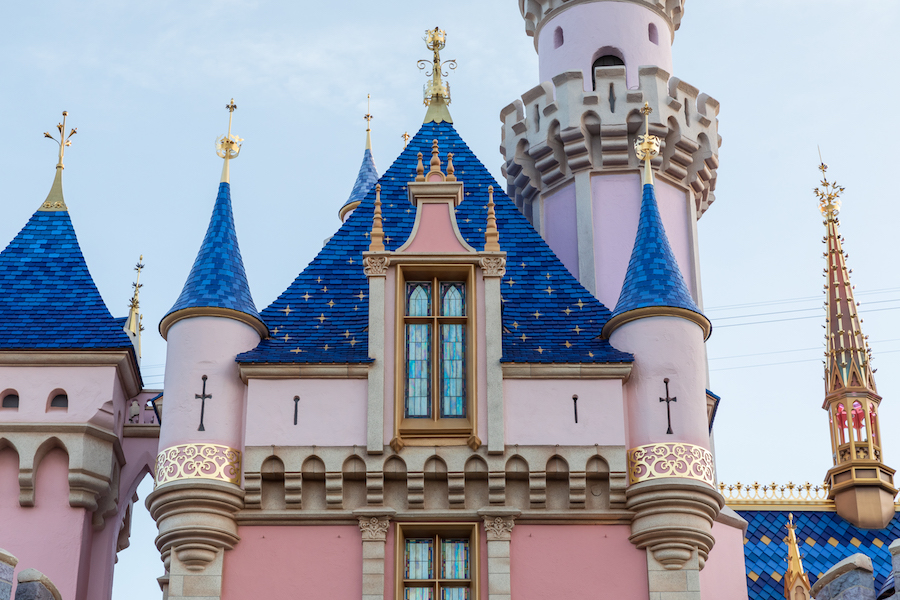 Of that extra gold sparkle, Irvine said, ” we focused the golden accents an pixie dust around the entrance to the castle, as though it has been magically enhanced.”

Even the Sleeping Beauty Castle Walkthrough got a fresh coat of paint and updated lighting. 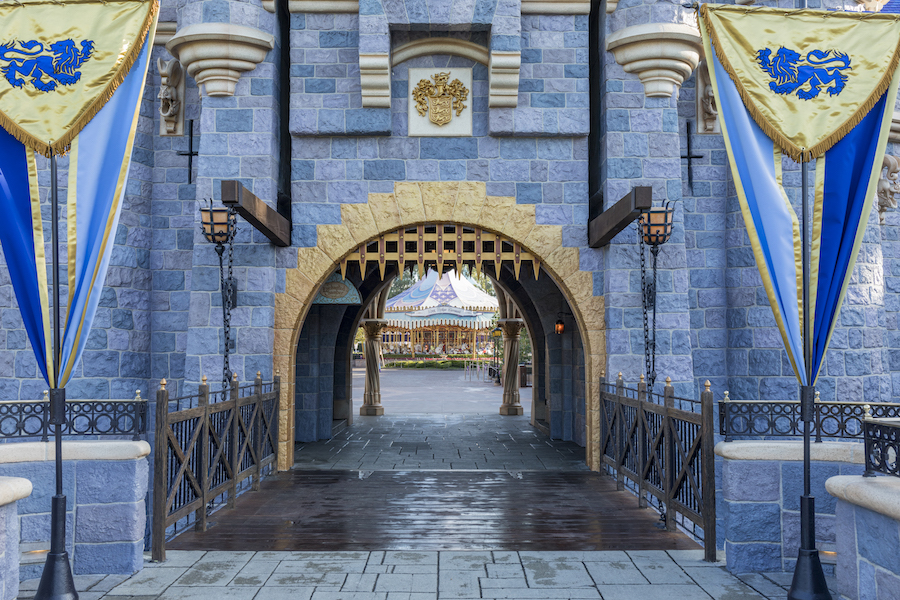 New banners, pennants, and landscaping have also been added, including a new tree planted in honor of Herb Ryan, along with a donation to the Ryman Arts Foundation. 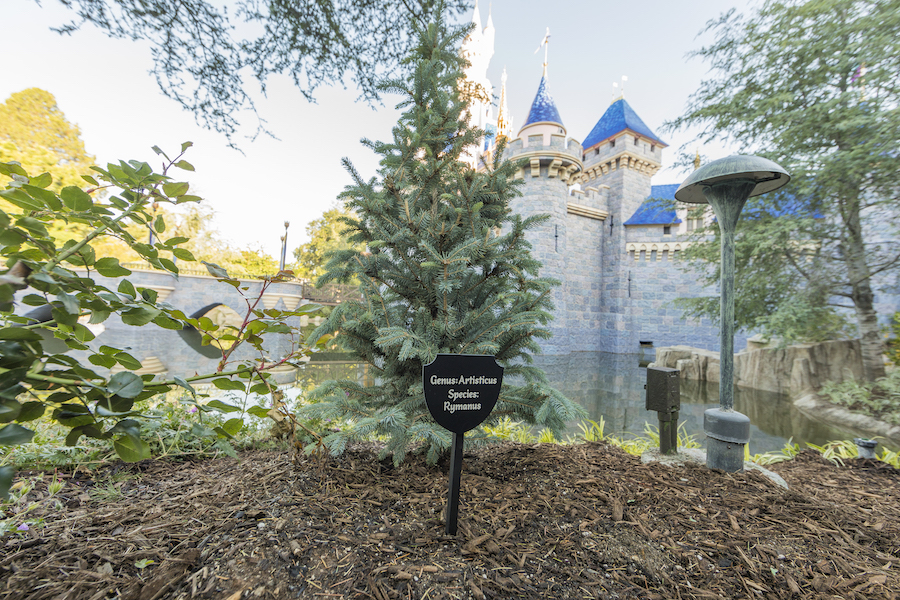