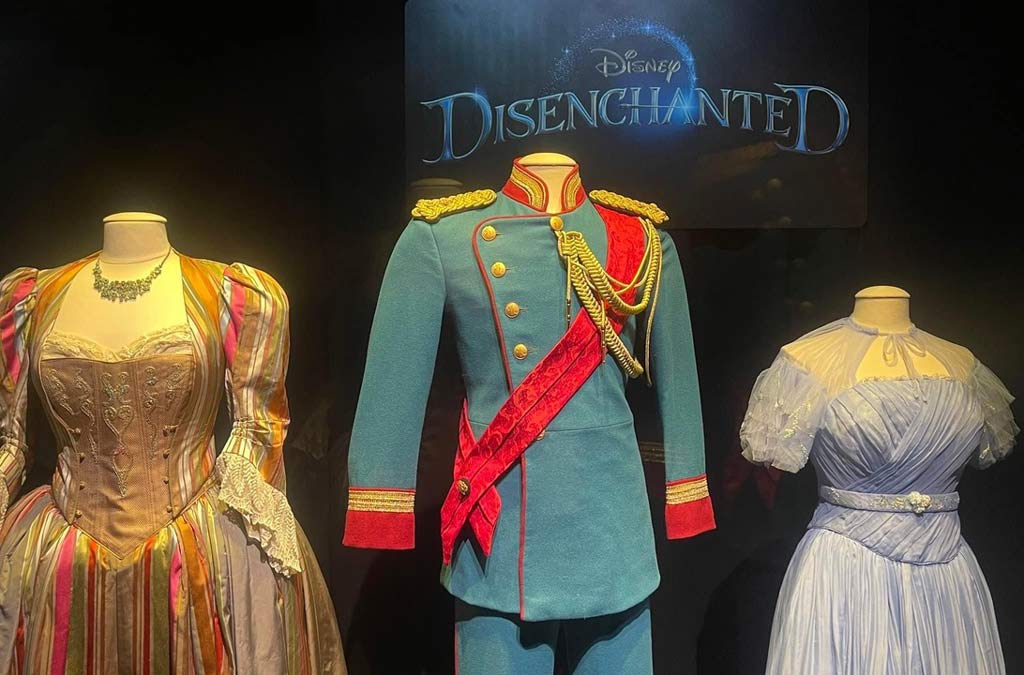 Have you ever taken the time to peruse the Walt Disney Presents attraction in Disney’s Hollywood Studios? Not only do they occasionally show clips of new Disney films that are coming to theaters, but they also have a really cool walk-through section where guests can see different memorabilia from various films and sometimes storyboards and other props.

Guests who stop by the attraction right now will be able to get a look at the actual costumes worn by the actors in Disenchanted, and there are signs showing the characters who wore them for those who haven’t seen the film.

Is the Walt Disney Presents attraction on your must-do list when you visit Hollywood Studios?