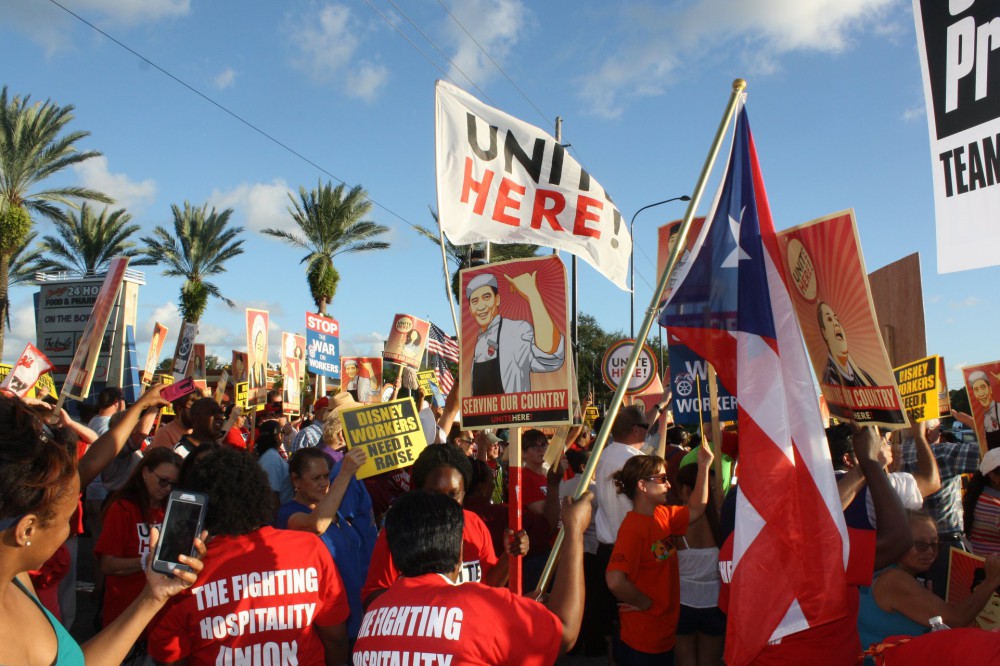 Negotiations between The Walt Disney Company and the Service Trades Council Union — a group of local unions representing around 38,000 Walt Disney World cast members — has been ongoing for about a year. It seems that some headway is being made, according to a report by Spectrum News 13. In that report, it states that union leaders believe “they are close to reaching a new contract with the company.”

Disney announced in January that 125,000 cast members would receive a $1,000 bonus, but later decided it would not include union members in this arrangement. Union members now say that the $1,000 bonus is part of The Walt Disney Company’s current proposal.

Disney’s wish “to eliminate overtime on a sixth or seventh day worked” has also been dropped, according to union leaders. Additionally, the unions believe holiday and bereavement pay will be improved in this new contract.

Outside of that, specific details of the potential new contact have not been revealed. The unions had proposed a raise to $15 per hour by 2021, but whether this would be part of the agreement or not is unknown right now. Disney’s most recent offer would have raised wages to $15 per hour but seen cuts to benefits such as overtime and holiday pay.

Negotiations between Disney and the unions are scheduled through August 24. The current contract between the company and the Walt Disney World cast members does not expire until next year.