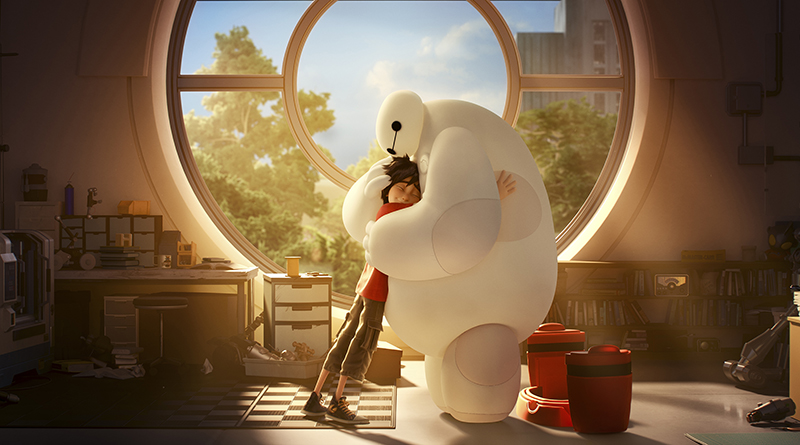 Coordinating masses of costumed Disney Characters is a logistical hassle, but interactive animatronics bring up safety issues; Disney’s newest patent application could be the solution. The Orlando Sentinel reported on an application filed by the company on Thursday that describes prototype soft robots, which could eventually make their way into the parks.

The patent includes a round-bodied sketch reminiscent of Disney’s Big Hero 6, as well as mentioning two prototypes already worked on by Disney research scientists, identified as “soft body 300” and “soft body 1000”. The patent states that the creations would be, “designed for reducing collision impacts during human interaction…Robots can be found providing interactive guidance or entertainment in stores and amusement parks and in more dynamic settings.”

Disney coordinates a multitude of employees for Character meet n’ greets, as well as those freely roaming the parks. Whether soft robots would lower labor costs or affect the current number of Cast Members is pure speculation.

While Disney has utilized free-roaming robots on property in the past, the patent mentions the safety issues involved with such technology. It states, “It has proven difficult to provide wholly safe interactions between humans and robots simply by operating these humanoid and other robots with controlled movements.”

As for the design of the robots themselves, the patent describes the general design ideas involved. The body would involve different pliable air or fluid filled chambers. The chambers would be able to adjust their air/fluid pressure to compensate for guest interactions, friendly or accidental. The design of the shell would be designed by “data obtained from a digital model of an animated (or other) character.” The frame and joints would be crafted by a 3-D printer, with outer shapes consisting of “a donut shape, a cylinder, and a cylinder with a round end.” This would conceivably be open to modification depending on the Character reproduced.

How soon this technology could be implemented, and exactly where Disney will use it, is still anyone’s guess.