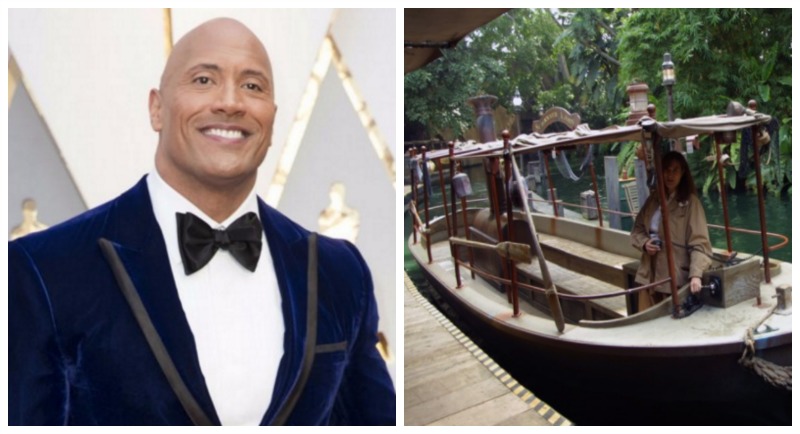 Back in 2015, we told you that Dwayne Johnson had been tapped to star in a live-action adaptation of a film based on the Jungle Cruise attraction at Disneyland Park. Jungle Cruise is one of the Disneyland’s original attractions and it takes guests through the rain forests of the Amazon and the hippopotamus-filled waters of the Congo. Your Cruise Skipper takes you on a laugh-filled expedition with an endless barrage of corny jokes that poke fun at the not-so-dangerous jungle.

The Hollywood Reporter announced today that Johnson has closed a deal to star in Jungle Cruise, Disney’s live-action adaptation of the iconic theme park attraction. The film has reportedly been slated to start production in the Spring of 2018.

Update 4/10/17: Once the commitment was made between Johnson and Disney, The Rock headed out to Walt Disney World and surprised guests by commandeering their Jungle Cruise boat! The actor shared this photo on his Instagram account this morning: