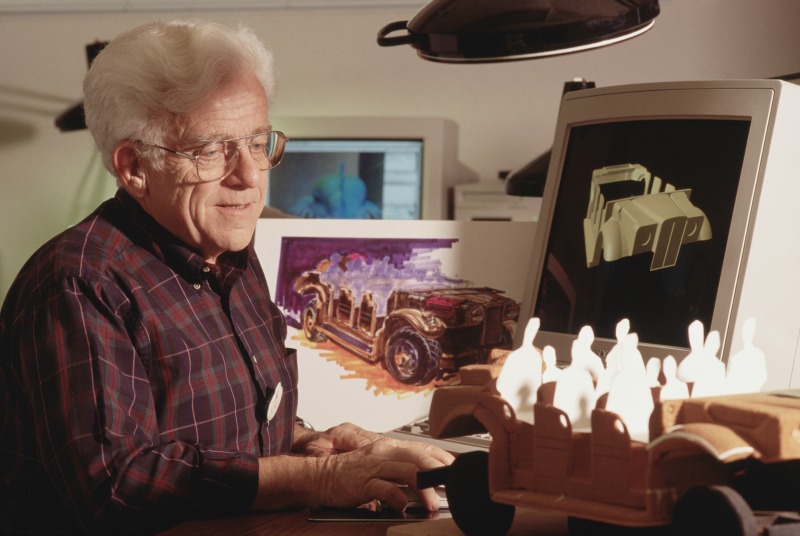 George McGinnis, the last Imagineer hired by Walt Disney himself, has passed away. He was 87.

McGinnis held the role of show designer on a conglomeration of projects while at Walt Disney Imagineering including Space Mountain at both Disneyland and Walt Disney World.

The project that caught Disney’s eye while McGinnis was attending the Art Center College of Design in Los Angeles was a high-speed train he was working on. Once he graduated in 1966, he was extended an invitation to come “work at WED Enterprises (the name then of Walt Disney Imagineering, the company that designs Disney theme parks and rides). His first assignment was to design the miniature transportation models for the Progress City display that was part of the Carousel of Progress attraction.”

He worked on designs for attractions at Walt Disney World including the still-in-operation WEDway Peoplemover (now the Tomorrowland Transit Authority) in Tomorrowland. He also helped out with the designs for upgrades to both the Disneyland and Walt Disney World monorails. McGinnis was the lead show designer for the Horizons Pavilion, which opened at Epcot Center in 1983.

Disney Legend Marty Sklar said in a statement: “I was just writing something about the Horizons pavilion in Epcot at Walt Disney World, and found this quote from George: ‘We’re convinced that even though environments will change, people won’t. Teenagers in our show will still monopolize the phone; kids and dogs still exasperate mom and dad. We believe one of the main differences high technology will make is that it will give us more choices.’”

“‘He loved designing for Disney and put his heart and soul into every project. From Space Mountain to Horizons, monorails to countless other ride vehicles, his imprint on Disney Parks was unique and timeless,’ said Tom Fitzgerald, a current Imagineer who served as a writer on the Horizons Pavilion.”

To learn more about his experiences, check out McGinnis’s book that was published in 2016, “From Horizons to Space Mountain: The Life of a Disney Imagineer.”

McGinnis is survived by his wife and family.