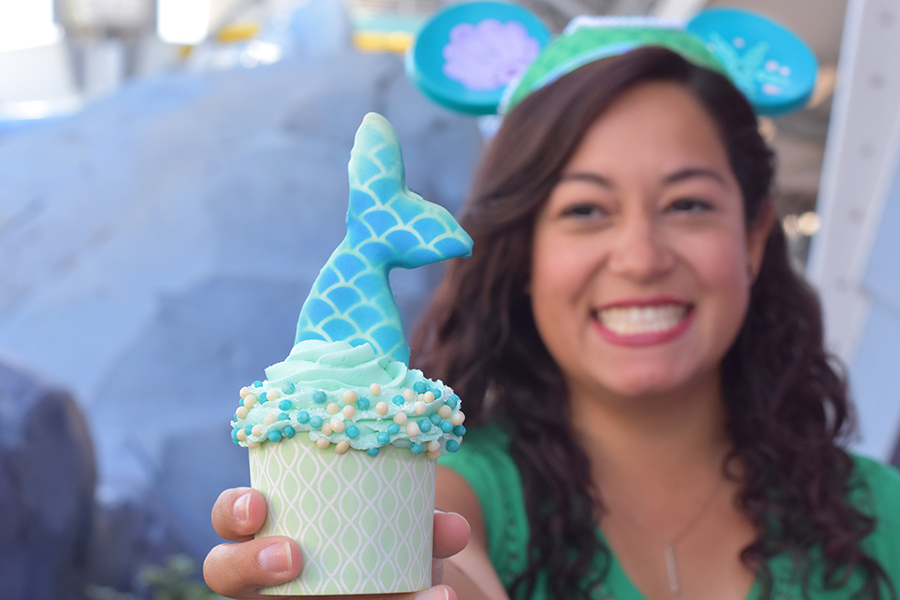 So, it turns out that the first Friday in June each year is National Doughnut Day. If you weren’t aware of this flavorful fact, don’t worry; Disney remembered, and have pointed the spotlight at some doughnut (and doughnut-like) options you can find to help you celebrate this hunger-satiating holiday.

Here are some of the Disney Parks delectable offerings from the doughnut family: Rumored, confirmed, with sprinkles on top — Homecomin’ will begin offering brunch this June 24th. As part of this new meal offering, guests can take advantage of new house made doughnuts described by Disney as “iced and piled high with pecans and bacon then drizzled with house-made caramel.”

This popular purveyor of pastries has two special options for patrons, “either an Almond Croissant with almond cream, sweet syrup, and toasted almonds or a warm BoardWalk Bakery Cinnamon Bun with buttery cream cheese icing.” Swimming into Walt Disney World’s flagship park on June 5th will be a new mermaid cupcake. This definitely-not-a-fish cupcake (the human part is hidden) is brought to life with a vanilla cupcake, sea foam green buttercream, chocolate crispy pearls, sprinkles, and a mermaid (not fish) tail cookie. Catch this themed doughnut created in honor of Pixar Fest while it lasts.

While both of these locations switch up their selections on a weekly basis, right now guests can grab a Campfire S’more Donut at The Coffee House or a Salted Caramel Maple Bacon Donut at the Main Street Coffee Cart. Order this and take advatage of the marshmallow dipping sauce.

This Pixar Fest treat will be offered here for a limited time.