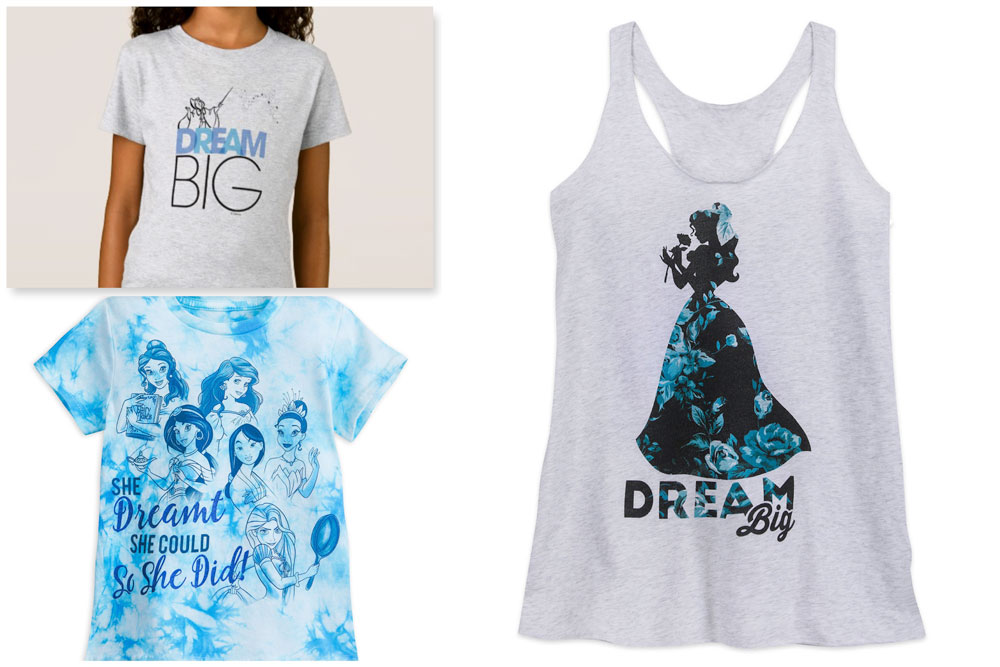 Today is the International Day of the Girl, as designated by the United Nations. Not only has The Walt Disney Company encouraged a global Disney bound at its parks today, debuted the #DreamBigPrincess video series, and launched a donation campaign based on social media shares, the company has just highlighted some merchandise to celebrate this day as well as their campaign.

Adding to their video series — which features 21 female directors from 13 countries showcasing inspirational stories from women leaders and innovators around the globe — Disney has also released some new storybooks to spark creativity and passion in the young readers of the world.

Fans of Tangled and The Little Mermaid have some new choices for athleisure wear. For those dealing with colder, Scottish-type climates, two new long-sleeved shirts have been released which are inspired by Brave‘s Merida. There are also new shirts available that focus on the #DreamBigPrincess campaign itself. Disney is also using the opportunity to promote the Fearless Dreamer tote bag and mug. These items can be found online at ShopDisneyParks.com.