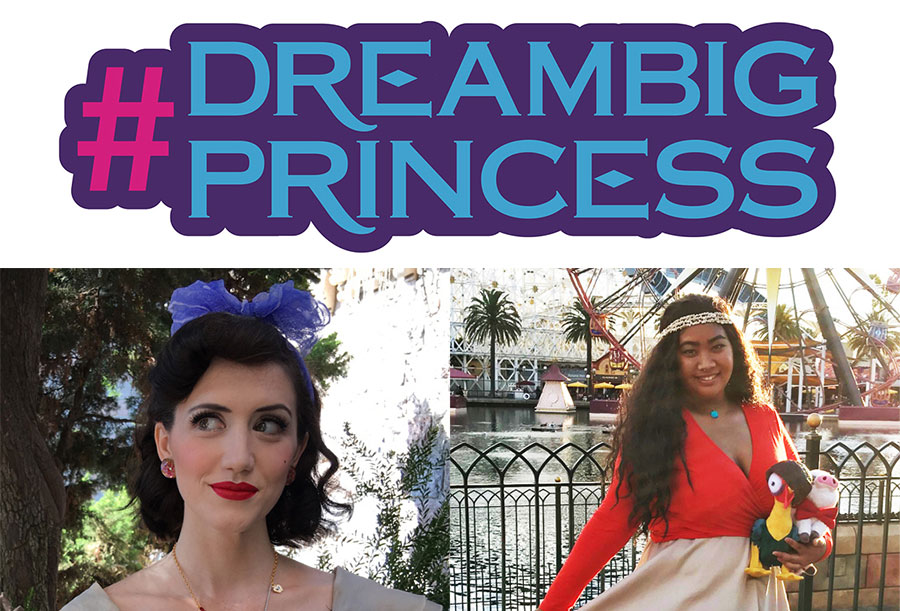 The United Nations has designated October 11th as the International Day of the Girl, and Disney parks are celebrating this year’s DotG with a global Disney bound to take place in all of their parks across the world as part of the #DreamBigPrincess campaign.

Disney bounding, for those unaware, is a style of dress that brings to mind Disney characters through the artistic use of colors, patterns, accessories, hairstyles, and more. Given their large roster of original films and newly acquired intellectual property, Disney has a long list of strong female characters to inspire women of all generations. The theme of this year’s Day of the Girl is “With Her: A Skilled GirlForce.” As the United Nations describes it:

Today’s generation of girls are preparing to enter a world of work that is being transformed by innovation and automation. Educated and skilled workers are in great demand, but roughly a quarter of young people – most of them female – are currently neither employed or in education or training.

Of the 1 billion young people – including 600 million adolescent girls – that will enter the workforce in the next decade, more than 90% of those living in developing countries will work in the informal sector, where low or no pay, abuse and exploitation are common.

On 11 October, International Day of the Girl, we are working alongside all girls to expand existing learning opportunities, chart new pathways and calling on the global community to rethink how to prepare them for a successful transition into the world of work.

Under the theme, With Her: A Skilled GirlForce, International Day of the Girl will mark the beginning of a year-long effort to bring together partners and stakeholders to advocate for, and draw attention and investments to, the most pressing needs and opportunities for girls to attain skills for employability.

Disney bounding on October 11th will have more impact than just a visible show of support; Disney Worldwide Services plans to donate to Girl Up based on the social awareness the project creates: “From October 10 – November 20, 2018, for each like or share of a public video or photo with #DreamBigPrincess on Facebook, Instagram or Twitter, Disney Worldwide Services will donate US $1 to Girl Up, the United Nations Foundation’s program supporting girls’ leadership and empowerment (minimum donation: $500,000/maximum donation: $1 million). For more information about Girl Up, go to girlup.org.”

Disney will also debut a #DreamBigPrincess video series this month which will focus on women leaders and innovators in a variety of industries across the world, filmed by 21 women from 13 countries.