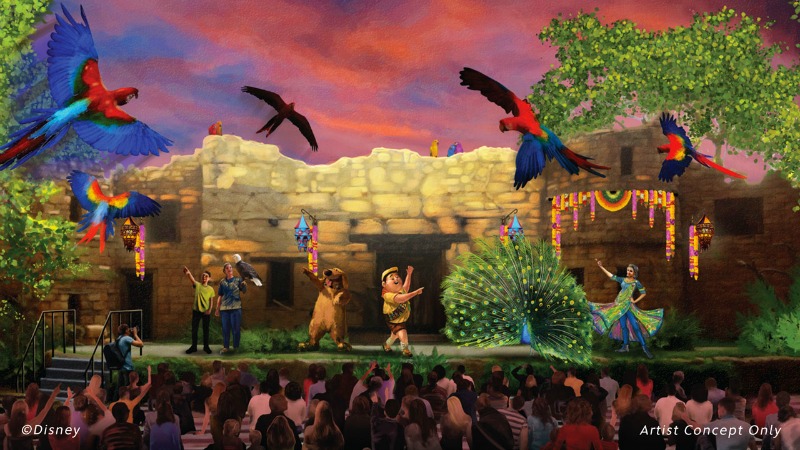 UPDATE 2/22/18: Disney announced a name change for this show – it is now called ‘UP! A Great Bird Adventure.’

We told you last year about the upcoming ‘Adventurers Meet UP! A Great Bird Adventure’ coming to Disney’s Animal Kingdom in the former space of Flights of Wonder which closed back in December of 2017.

The new show will make its debut on April 22, 2018 – just in time for the 20th Anniversary of Disney’s Animal Kingdom. In the new concept art pictured above, you can Dug along with Senior Wilderness Explorer Russell on the stage with different species of birds from around the world.