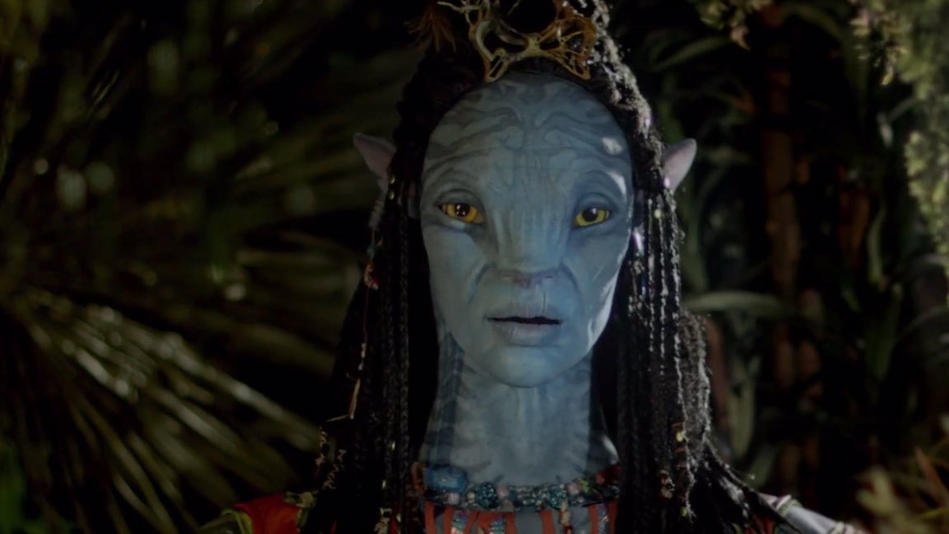 Viewers watching the Disney Parks Magical Christmas Celebration on ABC this Christmas morning were treated to a glimpse into Pandora: The World of AVATAR, planned for Summer 2017 at Disney’s Animal Kingdom.

James Cameron, director of Avatar, and Joe Rohde, senior vice president of creative Imagineering for Disney, spoke about the new land. Rohde said, “I didn’t think it would be possible to build the land of Pandora. This was a crazy thing to try to do.” Fans get a peek at the new Na’vi River attraction, “which takes guests in a small boat through the forests of Pandora with bright, multicolored bio-luminescent plants lighting the way.” Cameron added that “there’s something pretty amazing” at the end of the ride. Another ride, Flight of Passage, coming to the new land will let guests ride the ikran, a creature similar to a dragon. Cameron said, “You’re going to plunge. You’re going to dive. You’re going to see the world flying through it.” One shot even shows the ride system for the attraction, which appears to be somewhat similar to the mechanics of Soarin’ Around the World. The segment gave a preview of some of the land’s floating mountains, which guests have been able to see under construction at the theme park. Of them, Cameron said, “To stand there and walk underneath the floating mountains and look up and feel that mass over your head… I don’t even know if I can even express how it feels to see something that I imagined in 1995 suddenly made physically real.” The video segment can be seen here: