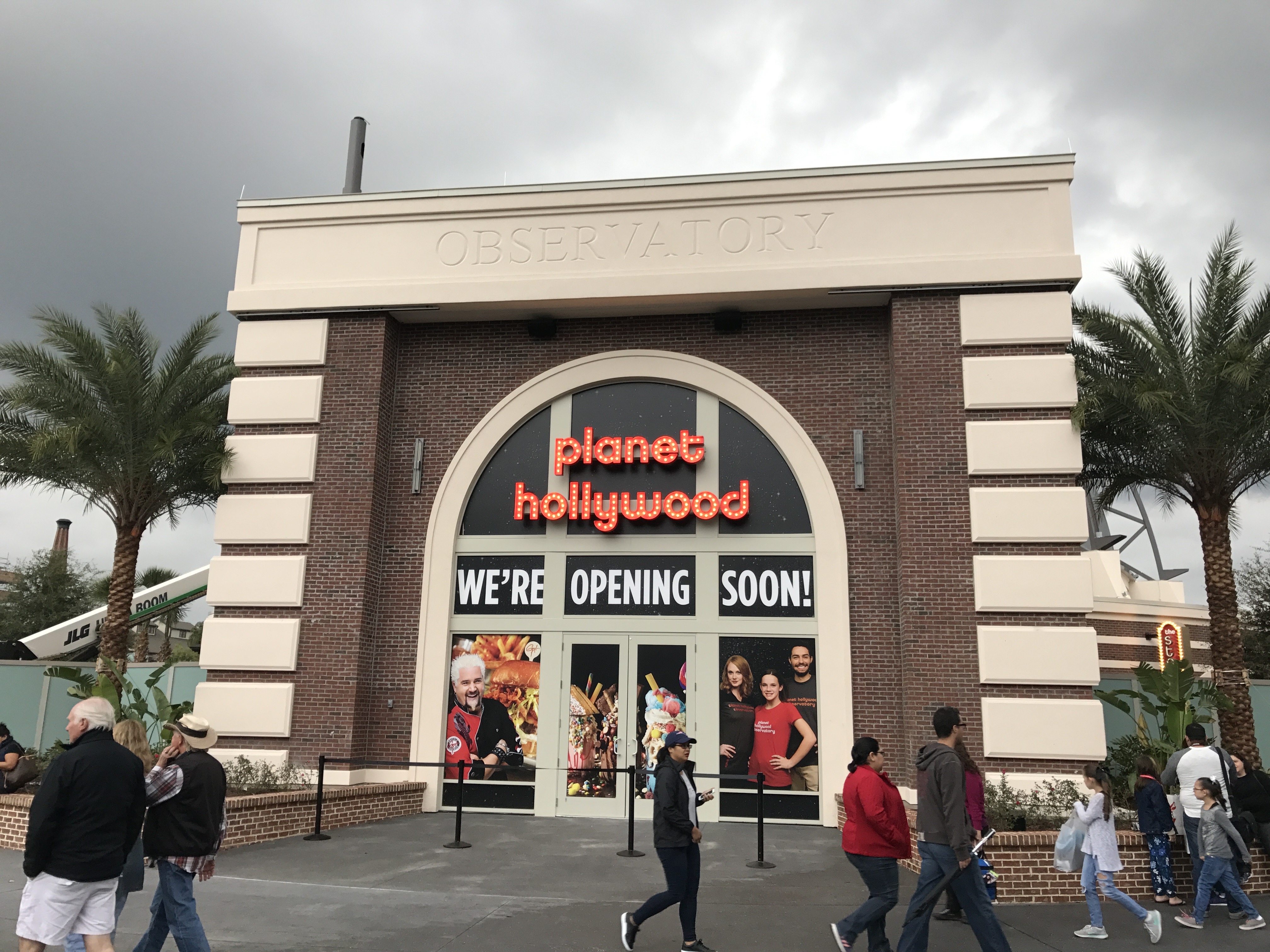 The Planet Hollywood Observatory at Disney Springs is once again announcing a date for possible opening. A restaurant employee told the Orlando Sentinel that reservations would be open for as early as January 22.

After closing in January 2016 for the refurb, the location was originally supposed to open in June 2016, but that date has been pushed back several times due to construction delays. As of this past week, construction was still taking place on the exterior of the restaurant. A job fair in September resulted in 500 new workers for the restaurant.

A new menu has been created for the restaurant, and includes several new items designed by celebrity chef Guy Fieri. Planet Hollywood Observatory will open at 11:00am and will take reservations for as late as 10:45pm.