Guests who loved Disney to Death 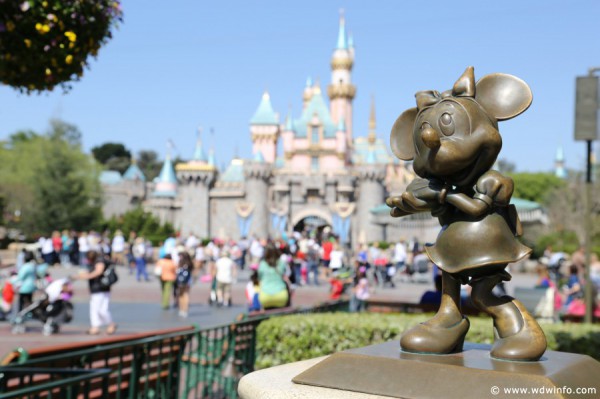 Guest go to the Disney parks to have an amazing family adventure.  They go to laugh, play and be kids regardless of their age. Anyone who has spent time in the Disney Parks know they have some pretty strict safety guidelines. The rules are there for a very important reason. They are not there so the cast members can repeat themselves all day. The guidelines are there to keep the guests safe and everything moving smoothly. That’s what everyone wants afterall. To have a great time, and short wait times. Doesn’t everyone love short wait times? Of course we also want everyone to stay safe.

I know when I’m on rides I wonder if people would actually be misguided enough to ignore the rules. Of course we have all seen people sticking their fingers in the water, but people must follow the really serious rules, right? I was shocked to find numerous cases of people making the worse decisions. It’s simple, follow the rules and things will go as planned. Disney knows what they are talking about when it comes to this stuff. They have years and years of experience.

Here are guests who should have listened to the cast members. The Matterhorn is an iconic ride in Disneyland. It’s a little bumpy and guests might get a few bruises from riding it, but that’s normal from riding it. It’s actually part of the charm I think. On May 15th, 1964, a teen from Long Beach, California, became a victim of the beloved ride. His name was Mark Maples, and he was 15-years-old.

For most people common sense would dictate on a roller-coaster you should remain seated.  Afterall there are numerous signs leading up to the ride. Signs on the ride, and the cast members repeat it until they can’t talk anymore. Yet, Mr Maples decided to ignore to rules. He quickly fell out of the vehicle, and landed on the tracks below. Unfortuantly dying of his injuries.

As with any Disney park accident, there was an investigation after the ride. Disney concluded his safety harness had been undone by another guest. Unfortuantly on June 17, 1966, Thomas Guy Cleveland of Northridge, California became another victim of bad choices. It’s been reported that boy scaled two chain link fences to gain access to the monorail. There are plenty of signs warning you what areas are safe and which ones guests should stay clear of. He was attempting to sneak into the park on Grad night. He was struck and killed by the monorail traveling down the track.

The operator of the monorail told the police he didn’t see Thomas on the track before the collision. Such a sad end to a night that I’m sure was full of the promise of fun. Another accident took place on August 21st, 1967.  Ricky Lee Yama of Hawthorne, California (17-year-old ) decided to disobey the rules on the People Mover.

He lost his footing while attempting to move betweent the cars. He stumbled and fell onto the tracks. He was struck but another ride vehicle. The people mover has always been my absolute favourite ride, and I know I’m not alone on this. The idea that someone could be hurt on it, is really sad. It’s normally a ride used to relax on and takea break from the fast pace of the Disney Parks.

There was one more grad night accident for 18-year-old Philip Straughan from Albuquerque, New Mexico. It occured on June 4th, 1983. Disney does not allow drinking on grad night but some student will still choose to do so. The victim had been drinking with a friend made a very bad choice.

The pair of friends went into a “cast member only” area when cast members weren’t looking. The reportely stole a rubber emergency boat. They tried to pilot the boat, but it wasn’t the adventure they were looking for. They were thrown into the water when they hit a rock. The young man drown in the water shortly after. Cast member are properly trained to operate water vehicles and should always be the only ones who operate them in the parks.