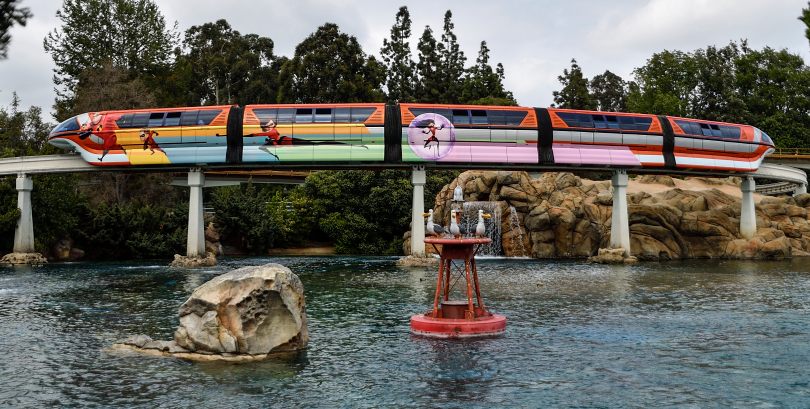 With Pixar Fest coming up quick, it’s no surprise that the Disneyland Monorail is also getting in on the celebration.

Two trains of the sleek mode of Disneyland transportation have received a Pixar overlay recently as the theme parks continue preparation of their first Pixar Fest. Monorail Blue salutes Finding Nemo with Crush, Marlin, Nemo and Dory surfing the side of the train. Monorail Red is expected to debut with its special Pixar look soon!

Pixar Fest is a celebration of all things Pixar at both Disneyland theme parks which begins April 13 and runs through September 3. The fun continues into the summer with the June 23rd opening of Pixar Pier.