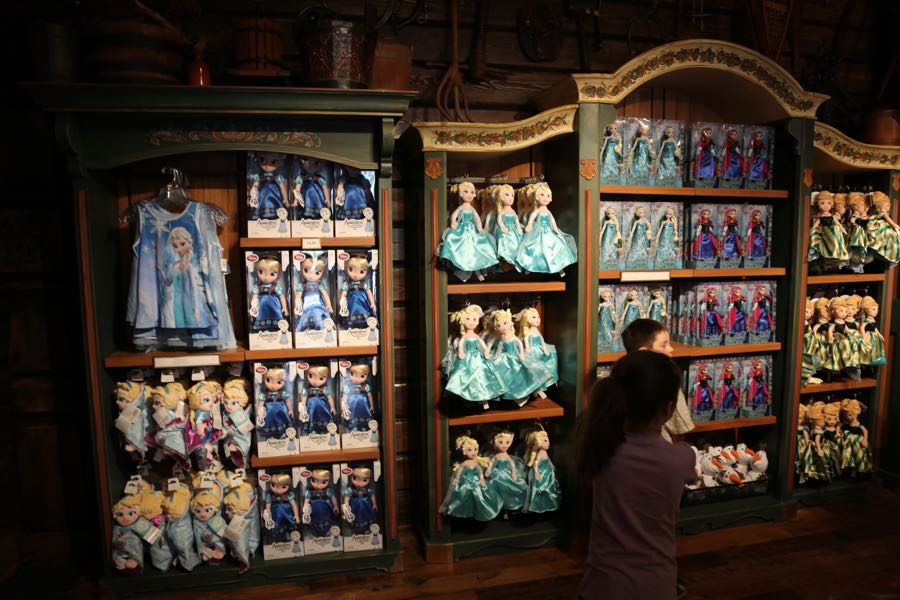 It was recently announced that the Stave Church Gallery in the Norway Pavilion at Epcot would replace its current Frozen inspired exhibit to make way for a new “Gods of the Vikings” exhibit.

As a World Showcase purist, I was excited to hear that the pavilion was removing at least a bit of the overwhelming Frozen presence that swallowed up the old pavilion we knew and loved. I even went as far as to think that more things like this would sprout up around the pavilion and it would bring us back to the glory days of Maelstrom, The Spirit of Norway film and the Vikings exhibit.

However, I caught myself and had to face the facts: this gallery change is no statement on the direction of World Showcase in the future. Gallery changes like this happen at every pavilion multiple times a year. At most, this was a concession made by Disney to appease Epcot fans outraged over the Maelstrom closing. Plans for a Ratatouille attraction and rumors for a Coco ride coming to Epcot reflect the direction of World Showcase more than “Gods of the Vikings.”

However, World Showcase purists should accept the inevitable changes coming to Epcot and embrace the future. Here’s some things we need to come to terms with:

1. There is nothing we can do to stop Disney from bringing intellectual properties to World Showcase

Objectively, it makes good business sense to bring IPs into the parks because it stimulates both the IP and the park financially. If Maelstrom ever hit a 20-30 minute wait time, the park was at capacity. Now you’re lucky if you’re waiting an hour and a half to ride Frozen Ever After. The IP brought tons of guests to an area that frankly not nearly as many people would have visited before. This was a good investment made by Disney and the company will continue to do this at other pavilions, so let’s embrace it.

2. The pavilions themselves are not going anywhere This sounds like an obvious one, but many purists believe that new IPs will suck the charm and culture out of World Showcase until the area is unrecognizable. We need to remember that Disney has pumped exorbitant funds into World Showcase and would have to pay even more to drastically change it. Also, it is the culture the pavilion is based on that makes the IP relevant, so Disney will need to keep the pavilions culturally accurate and immersive. Notice how the Norway pavilion extension featured more detailed Norwegian architecture and theming than the original pavilion. Or how the Ratatouille blueprints have it in the back of the pavilion and don’t alter any existing part, because the guests still need to feel like they are in France to appreciate the ride.

3. The IP boom kind of needs to happen Epcot’s pure celebration of the world and the future was great in the 80’s and 90’s, but our love for the park is out of nostalgia and novelty. Anyone with fresh eyes knows that the park is getting stale and needs some Disney magic to spruce it up. Also, the World Showcase has always been notorious for being boring to kids, which contradicts Disney World’s purpose. Most purists are adults and appreciate World Showcase because we already know the cultures and countries that inspired it. But kids don’t. For many, this will be the first time they learn about some of the countries, and what better way to learn then to associate it with your favorite movie. After all, Walt did say to “entertain them and hope they learn rather than to teach them and hope they’re entertained.” These IPs will bring more kids to World Showcase and hopefully encourage them to learn more about the world.

4. The future of World Showcase isn’t all IPs Constant rumors for additional pavilions have been coming out more and more over the last year. We could potentially see a Spain or Brazil pavilion and experience the wonder of immersing yourself in a miniature country all over again. New restaurants, food items, chefs, performers, acts and cast members from the countries are always being brought to World Showcase, and add to the charm and cultural importance. Also, the festival renaissance over the last few years constantly gives guests new culturally inspired food and beverages and celebrates countries all over the world, staying true to World Showcase’s original mission. Between the Food & Wine Festival, Festival of the Arts, Flower and Garden Festival and Festival of the Holidays, you could run laps around World Showcase and never see another Elsa doll.

Ultimately, awkwardly cramming a movie into a pavilion meant to teach you about its home country sounds terrible on paper. But this is Disney guys — they always find a way to create a captivating experience. World Showcase is sure to be around for many years to come, and although it is getting some work done, its backbone is the same. We will always be able to roam around the pavilions feeling like we’re in a different country and celebrating its culture.