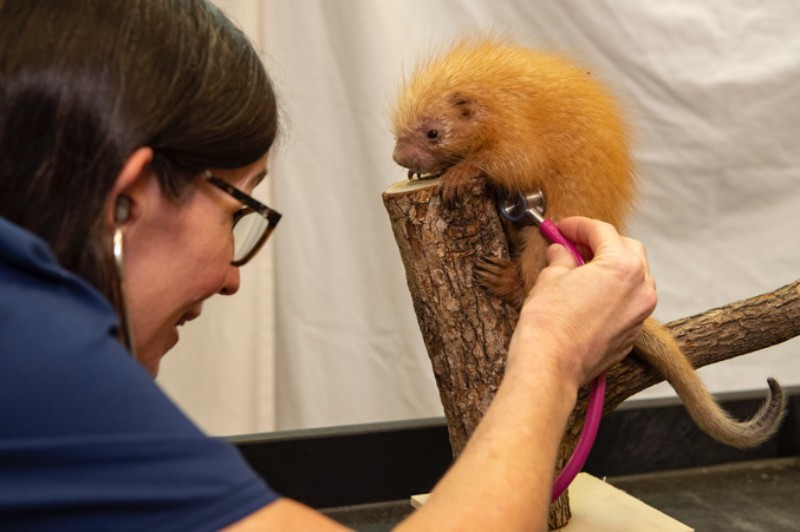 Earlier, Walt Disney World shared a look at how the Disney Animal Care Team continues to work while the theme parks are closed. As a follow up, Disney’s Animal Kingdom has just released some baby pictures and video of a prehensile-tailed porcupine that was born there last month.

The porcupette, as they are known, was born on February 25th. Peri, the mommy porcupine, was featured getting an ultrasound from Walt Disney World veteranarian Dr. Natalie on a segment of One Day at Disney on Disney+.

The baby is covered in a fine red fur coat with tiny quills underneath, which start hardening just hours after birth. Keeping this “Disney friendly”…the body parts that would normally give a clue as to gender, are actually internal on a prehensile-tailed porcupine, so in order to determine the gender of the porcupette, the veterinary team had to send some of those quills out for DNA testing.

The porcupette is part of the Species Survival Plan that is overseen by the Association of Zoos and Aquariums, of which Animal Kingdom is a member. The plan helps ensure responsible breeding and genetic diversity in the zoo animal population.