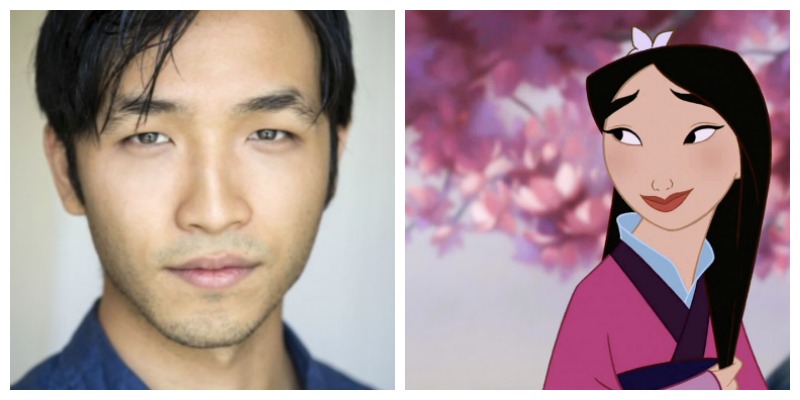 Mulan’s love interest in Disney’s live-action remake of Mulan has just been cast. Yoson An, a rising star from New Zealand, will star opposite Liu Yifei in the upcoming film.

An will play Chen Honghui, a fearless and determined soldier who joins Commander Tung’s unit. He then becomes Mulan’s most important ally and eventual love interest. (This character differs from Li Shang, the Chinese army captain who was the main love interest in the animated film.)

Disney is keeping with their plan of choosing a primarily Chinese cast for the film. The production already has several big Chinese names, including Jet Li as the emperor of China, Gong Li as the story’s main villain, a powerful witch, and Donnie Yen as Mulan’s mentor, Commander Tung.

According to an exclusive report from The Hollywood Reporter, “Chum Ehelepola has been cast in the role of Ramtish in the film. He and Skatch (Utkarsh Ambudkar) play a duo in the film. The actor’s previous credits include Netflix’s Lady Dynamite, AMC’s Lodge 49 and Crackle’s Sequestered. He is repped by TCA Mgmt, Affirmative Entertainment, Mollison Keightley Management and Bloom Hergott.”

Playing the role of Chen Honghui will most likely be a breakout role for An, whose “credits include HBO Asia series Grace and upcoming shark thriller The Meg. He will also be seen in Universal’s Mortal Engines, which hits theaters in December. He’s repped by Auckland Actors in New Zealand and Silver Lining Entertainment.”

The film is set to be released on March 27, 2020, and slated to begin shooting in August in China and New Zealand.