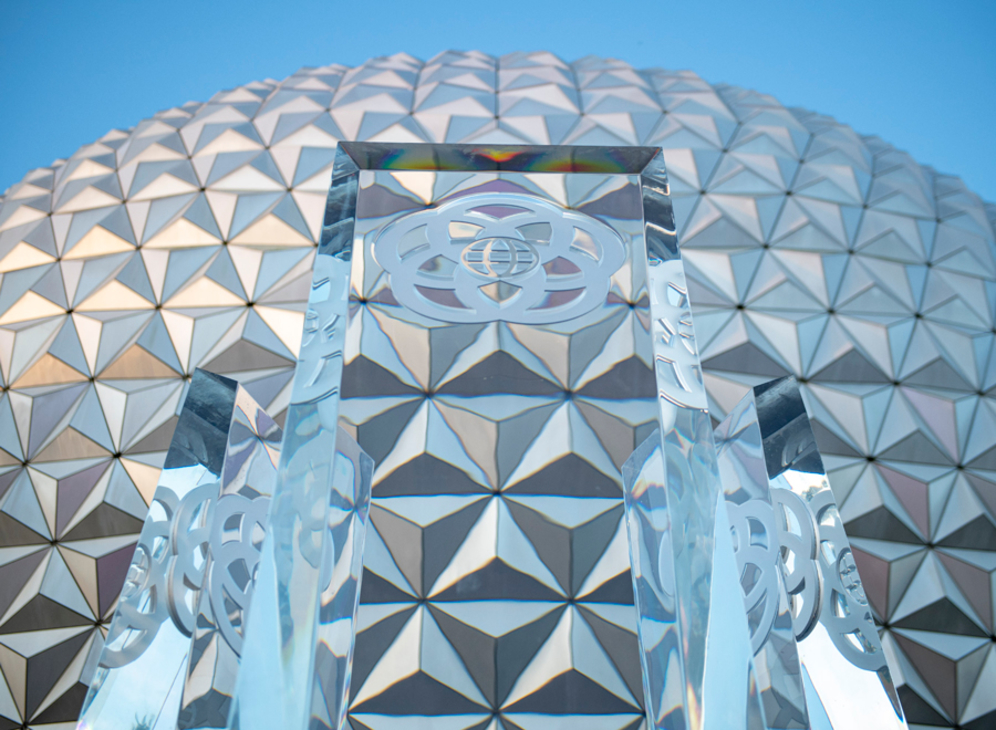 EPCOT‘s entrance area has been undergoing a transformation over the last year, and during D23’s Fantastic Worlds Celebration panel entitled EPCOT – The Magic of Possibilities, Melissa Valiquette (vice president of EPCOT) and Zach Riddley (Imagineering WDW Site Portfolio Executive), took the time to share details and updates regarding some of the latest changes to the area.

The ticket booths located just outside the park’s entrance recently received a fresh coat of paint, the color palette of which harkens back to what Riddley referred to as “a vibrancy and identity that is unique to EPCOT.”

Valiquette confirmed that the Leave a Legacy monoliths are still on track to be installed just outside the park’s entrance. It had been a while since we’d heard an update on the monoliths, so to hear confirmation was a great thing.

Riddley announced that Spaceship Earth and the new fountain pylons coming to the attraction’s forecourt will be receiving a new lighting package that will feature custom programming. The fountain will be completed by the end of 2020.

Riddley also revealed that the new font being used in both permanent and temporary signage throughout the park is called World Bold.

The new signage outside Gateway Gifts and the Camera Center (Pin Trading Headquarters), located underneath Spaceship Earth, feature this font.

The font can also be seen on construction walls erected throughout Future World, which Valiquette mentioned during the panel that she refers to as “progress walls.”

The panel also revealed details regarding the upcoming addition to the park’s France pavilion. Click here to get caught up on the updates.