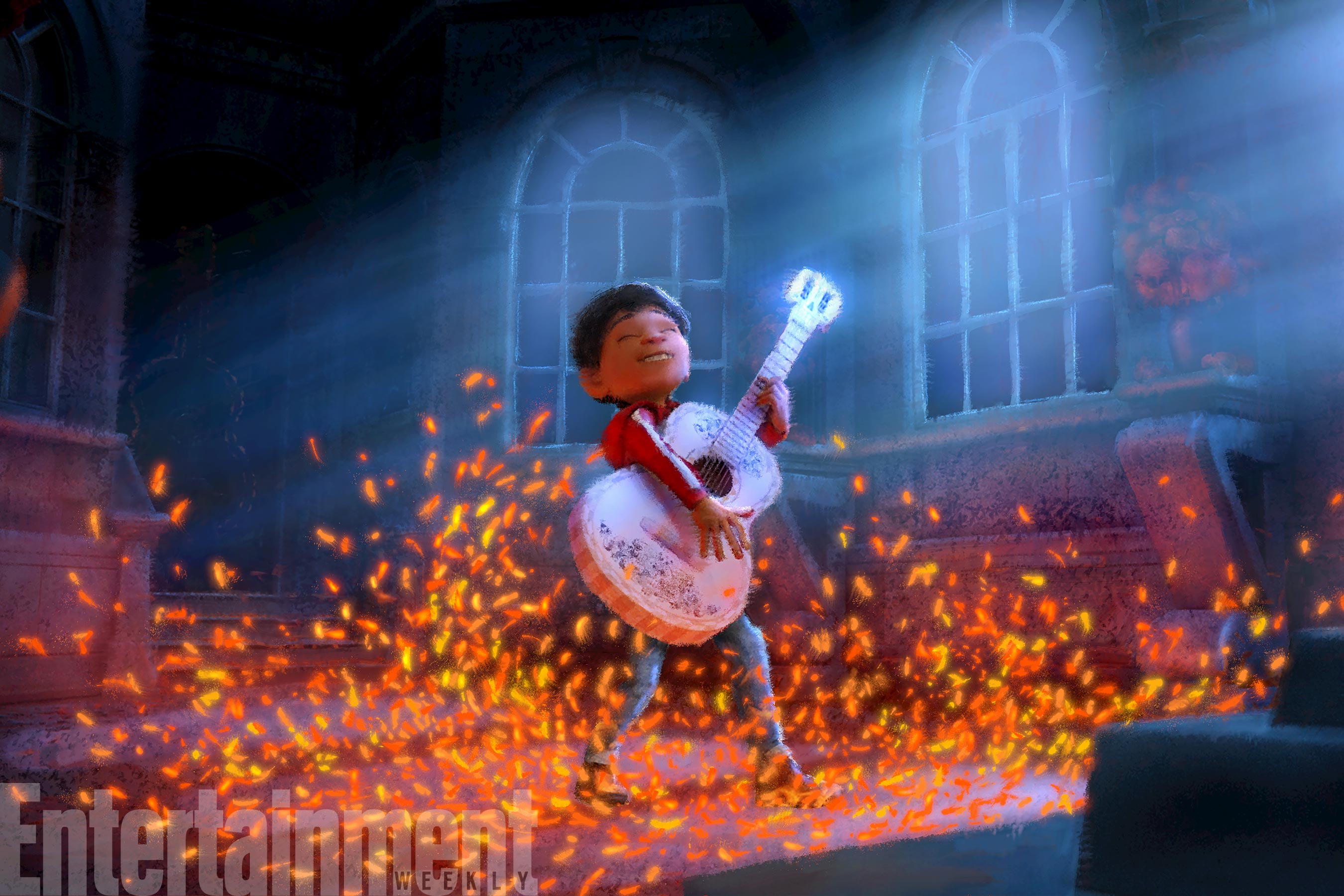 Coco, planned for release late next year, will be Pixar’s newest original film. The story revolves around Miguel, a 12-year-old boy, who comes from a family of shoemakers, who have banned music for several generations. Entertainment Weekly share this synopsis: “Ever since his great-great-grandmother Imelda was left alone by her husband (who abandoned his family to pursue a life hitting high notes), there’s been a strict no-music ban in the Rivera household, upheld primarily by Miguel’s Abuela.

Miguel follows his passion for music, which brings him to the grave of his idol, the late singer Ernesto de la Cruz. As part of his journey, he “borrows” De La Cruz’s guitar from his tomb, but it happens to be Dia de Muertos. As a result, he is sent to the Land of the Dead, where he runs into his music-banning ancestors.

Director Lee Unkrich said he felt that he had a responsibility with this movie to uphold an entire culture’s traditions. He said, “The day John Lasseter gave the thumbs up for this movie, I immediately felt this huge weight drop onto my shoulders because I knew that we were doing something different than we had ever made at the studio and that for the first time, we were going to have this enormous responsibility to do right by this culture and not lapse into stereotype or cliché.”

He hired an all-Latino voice cast, story consultants, key crew members, filmmakers, and musical talent. Many members of the crew traveled to Mexico to get a feel for the villages and the actual Dia de Muertos festivities. He added, “This is a story we want to share with the world, but it’s also been particularly important to us that when the Latino community sees the film, that it resonates and it feels like we got it right, and that’s what we’re really trying to do. We all feel the gravity.”