Granddaughter of Roy O. Disney Continues to Speak Out Against Disney Executive Pay and Bonuses 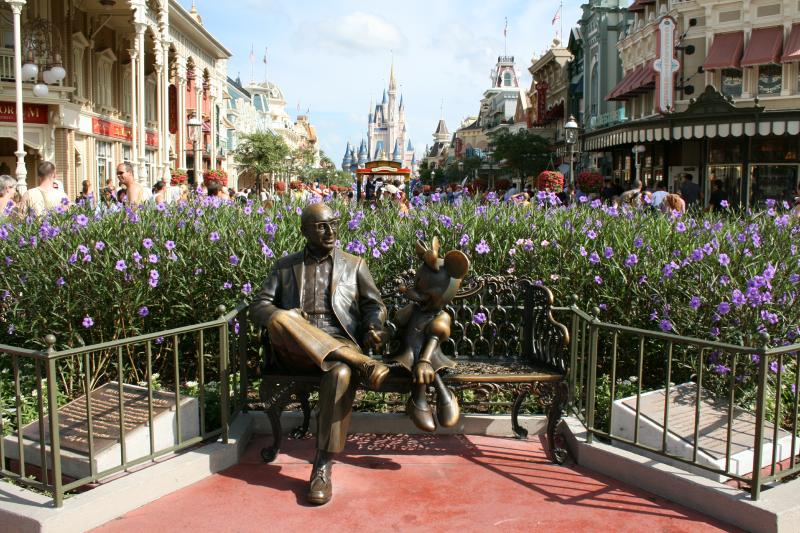 Following an appearance late last week where she called They Walt Disney Company CEO Bob Iger’s pay “insane” and a series of follow-up tweets this weekend that criticized executive and bonuses, Abigail E. Disney, granddaughter of Roy O. Disney, continued her attack with an opinion piece in the Washington Post where she called on the Disney company to lead the way to a “more decent, humane way of doing business.”

On Friday, Disney spoke at the Fast Company Impact Council’s annual meeting for a discussion on “humane capitalism.” In addition to calling Iger’s pay “insane,” she said that it had a “corrosive effect on society,” noting that his pay was 1,424 times the median Disney employee.

“I like Bob Iger. Let me be very clear: I think he’s a good man. But I think he’s allowing himself to go down a road that is the road everyone is going down, When he got his bonus last year, I did the math, and I figured out that he could have given personally, out of pocket, a 15% raise to everyone who worked at Disneyland, and still walked away with $10 million. So there’s a point at which there’s just too much going around the top of the system into this class of people who–I’m sorry this is radical–have too much money. There is such a thing.”

In a response to her comments, The Walt Disney Company issued a statement saying that Iger’s pay was tied to performance and also discussed the recent starting wage increase:

“Disney has made historic investments to expand the earning potential and upward mobility of our workers, implementing a starting hourly wage of $15 at Disneyland that’s double the federal minimum wage, and committing up to $150 million for a groundbreaking education initiative that gives our hourly employees the opportunity to obtain a college or vocational degree completely free of charge.”

Over the weekend, Disney took her discussion to Twitter with a lengthy thread that began:

“Let me very clear. I like Bob Iger. I do NOT speak for my family but only for myself. Other than owning shares (not that many) I have no more say in what happens there than anyone else. But by any objective measure a pay ratio over a thousand is insane.

To brush aside criticism of the low wage you pay workers at the company by saying you pay more than the Federal Minimum Wage and that you provide opportunities for education is a dodge. We all know the Federal Minimum is too low to live on. So why must we, at a company that’s more profitable than it’s ever been, be paying anything so close to least the law allows at all??? Pointing out the incongruity of pay at the top and pay at the bottom provokes a reaction because it so violates of our innate sense of fairness it is impossible not to wince.”

Now, Disney has taken her thoughts to the Washington Post, in a piece entitled, “It’s time to call out Disney – and anyone else rich off their workers’ backs.”

She calls on Disney leadership to take the lead and “model a different way of doing business” by rewarding all workers fairly. She comments that people are responding differently to her criticism because of the Disney brand.

“The thread went viral, partly because of my name. But I suspect it would be far harder to get that reaction if my last name were Procter or Gamble. That’s because the Disney brand occupies a special place in our economic landscape. Its profits are powered by emotion and sentiment and, yes, something as fundamental as the difference between right and wrong.”

Disney says that she’s been “quietly grumbling” about the issue for awhile, but wasn’t sure how the public would respond. She felt it was “time to call out the men and women who lead us and to draw in line in the sand about how low we are prepared to let hard-working people sink while top management takes home ever-more-outrageous sums of money.”

She notes that Disney has never been more profitable, and while Iger and other executives deserve bonuses, the employees that greet guests every day also deserve a share of the profits.

“Don’t turn away when they tell you they are unable to make ends meet. You do not exist merely for the benefit of shareholders and managers. Reward all the people who make you successful, help rebuild the American middle class and respect the dignity of the men and women who work just as hard as you do to make Disney the amazing company it is.”