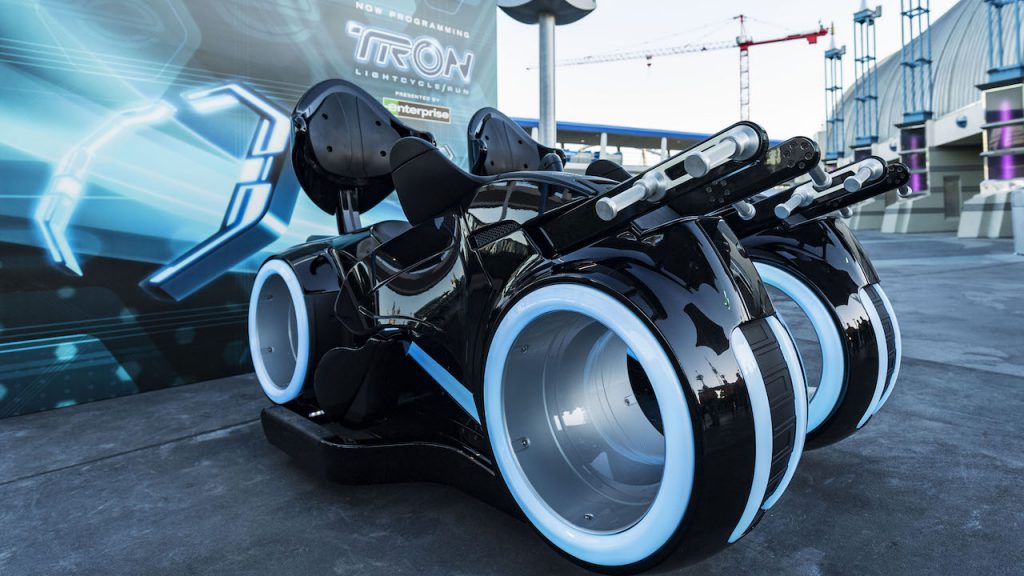 Guests at the Magic Kingdom in Walt Disney World can now get a preview of the ride vehicle for TRON Lightcycle / Run, the new attraction being built in Tomorrowland.

Similar to the attraction at Shanghai Disneyland, riders will board a train of two-wheeled Lightcycles for a coaster-style race through the digital frontier. 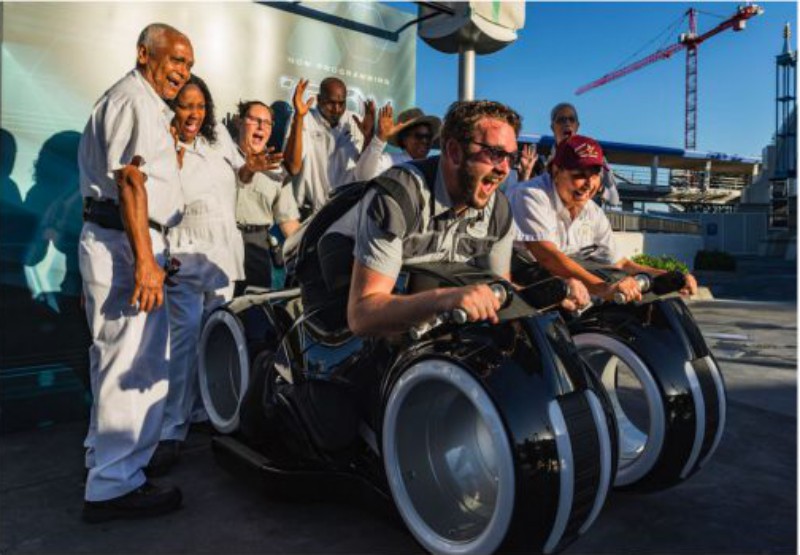 Look for the photo-op near Space Mountain and hop on. 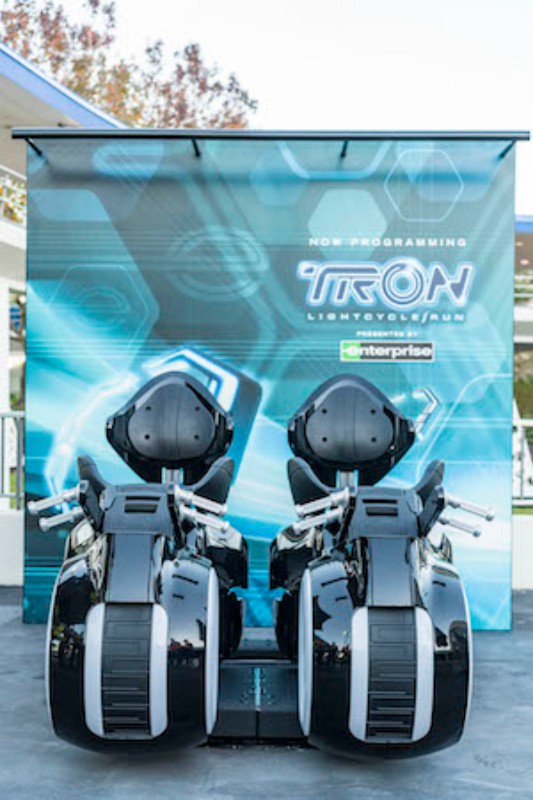 TRON Lightcycle / Run is set to open in time for the 50th anniversary of Walt Disney World in 2021.