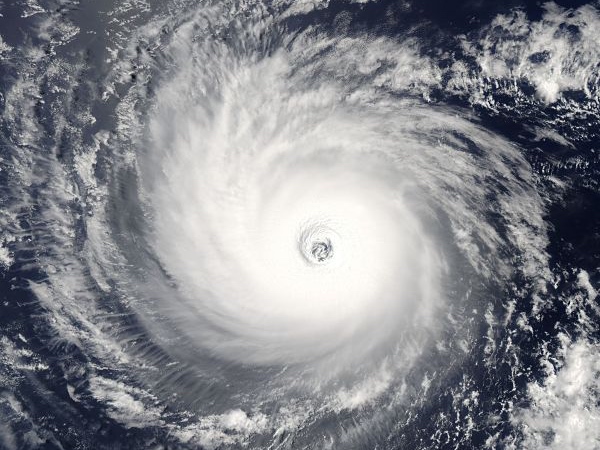 10/7/2016 11:30 am UPDATE: Last night Hurricane Matthew finally hit Florida’s coast with flooding from storm surges, extreme winds, and heavy rainfall. Wind gusts as high as 107 mph have been clocked at Cape Canaveral, Florida. Fortunately, in Orlando, the wind gusts are only expected to reach 50 mph between 11 am and 5 pm on Friday. This is substantially lower than what was originally expected, as the eye of the storm was projected to track more to the west, which would have affected inland central Florida more severely.

10/6/2016 11:00 am UPDATE: The eye of Hurricane Matthew is currently 200 miles from the coast of Florida. Right now the storm is expected to make landfall late Thursday night or early Friday morning as a category 4 hurricane. Hurricane Matthew is expected to hit Palm Beach County the hardest in the state of Florida, but guests of Walt Disney World, Universal Orlando, SeaWorld, and the Orlando area should be prepared for up to 90 mph winds, and rainfall of 5-7 inches.  SeaWorld will close today at 2:00pm and be closed through Friday.  Walt Disney World and Universal are closing at 5:00pm today and will remain closed through tomorrow.

10/5/2016 11:30 am UPDATE: Hurricane Matthew has been downgraded to a Category 3 storm and currently has sustained winds of 105 mph.  However, it is expected to strengthen again as it makes its way north and may once again become a Category 4 with 130 mph winds before it reaches the coast of Florida Thursday evening.  Orange and Osceola counties will begin to experience strong winds and rain Thursday evening through Friday morning.  Power outages are likely.

10/4/2016 3:30 pm UPDATE: The hurricane has shifted closer yet again to the Florida east coastline. A state of emergency has now been issued for the entire state of Florida. South and East Central Florida is expected to see between 4-7 inches of rain.

According to the Orlando Sentinel, the “latest models show Matthew passing extremely close to Central Florida’s east coast late Thursday into early Friday morning as a major hurricane with at least 110 mph winds.”

Governor Rick Scott said “residents shouldn’t focus on Matthew’s current path because it can always change and even a minor shift would have it directly hitting Florida.”

The National Weather Service says the coast will likely see the worst of the storm, but Orlando is not yet in the clear.  Matt Volkmer, a meteorologist with the National Weather Service said, “Inland Central Florida will see tropical storm force winds and heavy rain as squalls move through Thursday night into Friday morning. The strength of the storms will depend on Matthew’s path, but localized flooding and wind could be a problem.”

10/4/2016 11 am UPDATE: According to weather.com, Hurricane Matthew made landfall on Haiti’s Tiburon peninsula as a Category 4 hurricane this morning. Hurricane Matthew is already beginning to devastate the Caribbean with high winds, and extreme storm surges.

Hurricane Matthew is now projected to come closer to the U.S. coast than earlier projections showed, due to high pressure over the western Atlantic and East Coast of the United States. The eastern coast of Florida is now on Hurricane Watch according to the National Hurricane Center. Tropical force winds are now expected in Florida, which could affect air travel. Right now, Florida isn’t expected to be hit with hurricane-force winds, but if the eye of the storm continues to push toward the East Coast, it is becoming increasingly probable.

10/3/2016 5 pm UPDATE:  According to weather.com, the National Hurricane Center warned Monday night at 5 pm that, “While there remains significant uncertainty in the track of Matthew in the long range, the threat to Florida and the southeastern U.S. coast has increased.”

Jamaica and Haiti are preparing for Hurricane Matthew, as the storm is about to make landfall today. The Category 4 storm will bring powerful winds reaching up to 130 mph. The rainfall is expected to bring 40 inches in some areas of the Caribbean with southern Haiti expected to get the worst of the storm.

Guests preparing to visit Walt Disney World and Universal Orlando on Friday, October 7th, 2016 should be aware of this storm as it may affect their travel plans. Fortunately, the storm isn’t expected to hit Florida, but meteorologists want travelers to remain cautious as the storm’s path could change. By Friday the storm is expected to weaken to a Category 2 storm.

According to the Orlando Sentinel, Gov. Rick Scott said, “This storm is catastrophic, and if it hits our state, we could see impacts that we have not seen in many years. Even though the storm’s projected path is just east of our state, no one should take this lightly.”