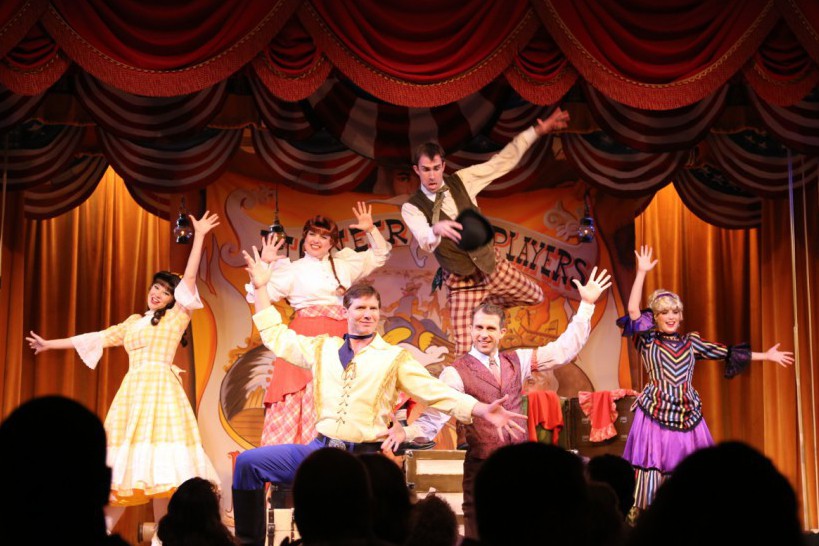 UPDATE: On August 29th, we at The DIS published this article below speculating on the possible closure of the long-running show at the Walt Disney World Resort’s Fort Wilderness Resort and Campground, the Hoop-Dee-Doo Musical Revue. Disney has informed us that Hoop-Dee-Doo performances will continue to run, and there are no plans for cancellation.

Our speculation was based on sources we believed to be familiar with the matter. It is never our intent to add unfounded rumors to the Disney community or to mislead our readers, so we are issuing a correction to our previous statements. We will continue to provide the most accurate information available to us, and work to maintain the high standards of Disney news coverage that our readers have come to expect.

If you are a fan of the Hoop-Dee-Doo Musical Revue inside Pioneer Hall at Fort Wilderness, you might want to head over for some strawberry shortcake soon. We are hearing from reliable sources that Walt Disney World is getting ready to close the long-running show as part of an expansion that’s happening in the area. Currently reservations are still available through February 2019, so we don’t know yet when that closure would be taking place. In March, Disney began conducting soil sample studies on the old River Country water park property which is located near Pioneer Hall and Mickey’s Backyard BBQ, then in May we told you about plans and contractors being put in place for a new resort hotel that is set to be built in the area.

River Country water park has been abandoned since it closed in 2002.

In fact, Disney has been looking at the River Country site for some time now as a location for future expansion. In 2016, we reported that a 330,000-gallon pool from the water park’s Upstream Plunge was being filled in next to Mickey’s Backyard BBQ. As of now, Walt Disney World has not commented on any expansion plans at the Fort Wilderness Campgrounds or future plans for the River Country site, but we will continue to follow this story as it develops.