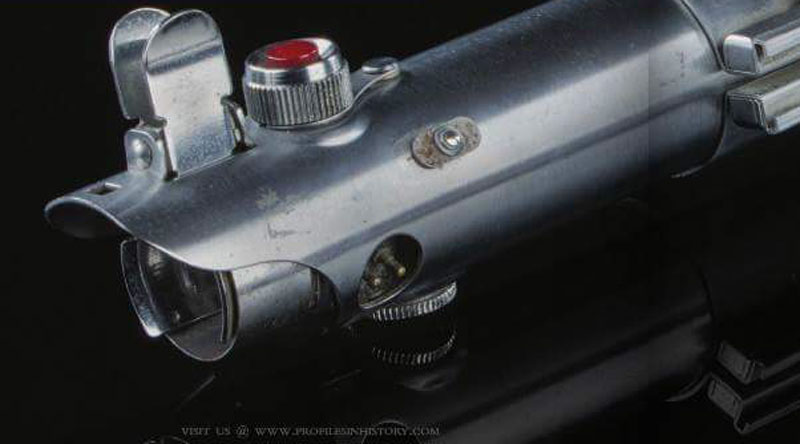 What has been the inspiration for countless daydreams among Star Wars fans is now in the custody of Ripley Entertainment. Last Thursday, at an auction held at California’s Profiles in History, the Orlando-based Ripley purchased Luke Skywalker’s lightsaber for $450,000.

This “elegant weapon for a more civilized age” has been featured in the first two Star Wars Films, Episodes IV (A New Hope, 1977) and V (The Empire Strikes Back, 1980). Numerous other pieces of Star Wars and Hollywood memorabilia were purchased at the auction, including a complete R2-D2 unit that sold for $2.76 million, and Darth Vader’s Helmet that sold for $96,000. Ripley has not stated which of its 32 “Believe It or Not” locations will be home to the iconic weapon. The prop was created using a Graflex flashgun camera from the 1930’s.

“For us, that’s a cool ‘believe it or not’ — recycled art before anybody was calling it that,” said Ripley’s vice president of archives and exhibits, Edward Meyer.

Ripley Entertainment also purchased a 15-foot Millennium Falcon made completely from matchsticks. This replica of Han Solo’s signature ride took 16 months and almost a million matchsticks for Iowa artist Patrick Acton to construct it. Meyer said the piece is “going to be the biggest and most impressive ‘Star Wars’ piece out there that isn’t directly from the movies. And then the lightsaber is probably the most impressive, important piece actually from the movies.”

Along with the Star Wars items, Ripley also walked away with “a Superman cape worn by George Reeves, a invitation to Donald Trump’s 50th birthday (sent to actress Loni Anderson), a jacket from The Walking Dead, a set of Bob Hope’s novelty golf clubs and a Daytime Emmy Award for All My Children writer Mary K. Wells.