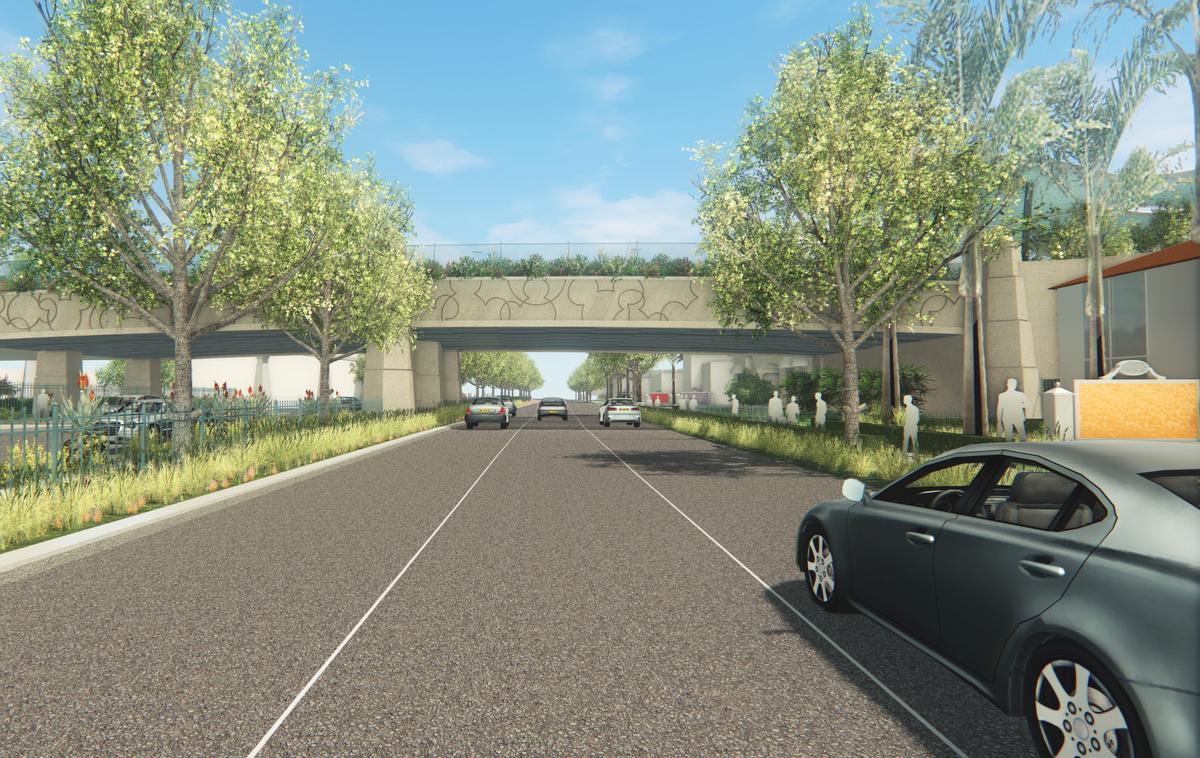 Hotels, motels, restaurant owners, and other merchants that line the east side of the Disneyland Resort along Harbor Boulevard have begun a public campaign against a project that they say will have “wide-ranging and long-lasting detrimental effects” on the community.

The Eastern Gateway project includes a 6,900 spot parking structure behind the Harbor Boulevard merchants, a security checkpoint, a transportation hub, and a pedestrian pathway and bridge that would connect guests directly to the Disneyland Resort, bypassing the neighboring businesses. The businesses have banded together as the Harbor Boulevard Merchants Coalition and have created a new website, www.saynotodisney.com, to share their concerns.

Aside from guests being able to access the Harbor Boulevard businesses, one of the Coalition’s big concerns is safety, as the screening checkpoint will be within feet of their businesses. They are also concerned that the design of the bridge doesn’t fit with the surrounding area. The Coalition is asking Disney to hold public workshops to discuss the project and for an environmental impact report. They would also like a better bridge design with access for local merchants.

The merchants along Harbor Boulevard employ over 8,500 Orange County residents and the Coalition feels that changes to the project are “essential to the economic well-being of the entire neighborhood.”