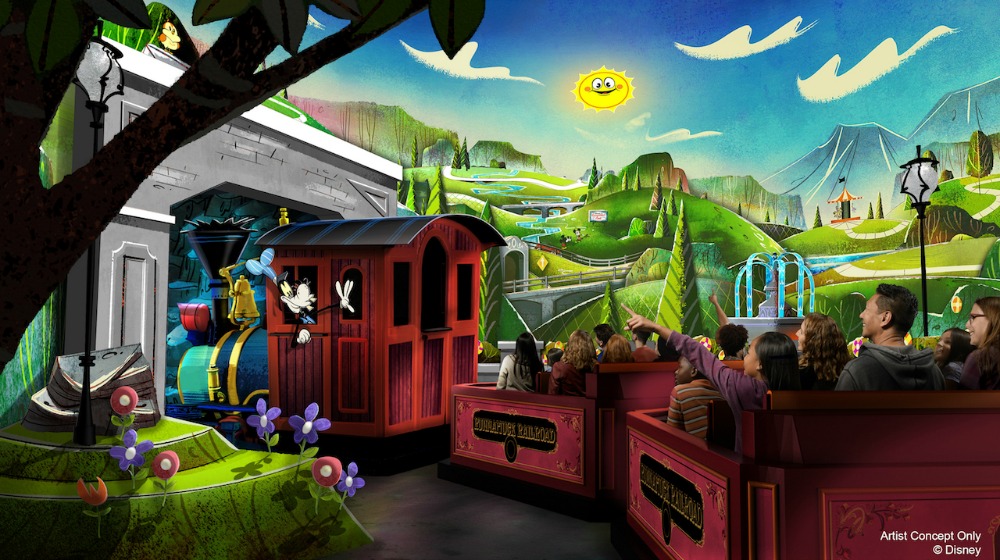 This attraction will be the “first major Mickey-themed ride-through attraction at Disneyland park will put you inside the wacky and unpredictable world of a Mickey Mouse cartoon short where anything can happen! Once you step into the cartoon world of Mickey and Minnie, you’ll board a train with Goofy as the engineer. Then, one magical moment after the next leads you to a zany, out-of-control adventure filled with surprising twists and turns.”

The attraction will have its own original story and theme song. Mickey & Minnie’s Runaway Railway will use state-of-the-art technologies and visual effects that will transform the cartoon world into a multi-dimensional experience.

Earlier, Disneyland Resort President Josh D’Amaro shared a photo of himself taking a sneak peek of the plans. 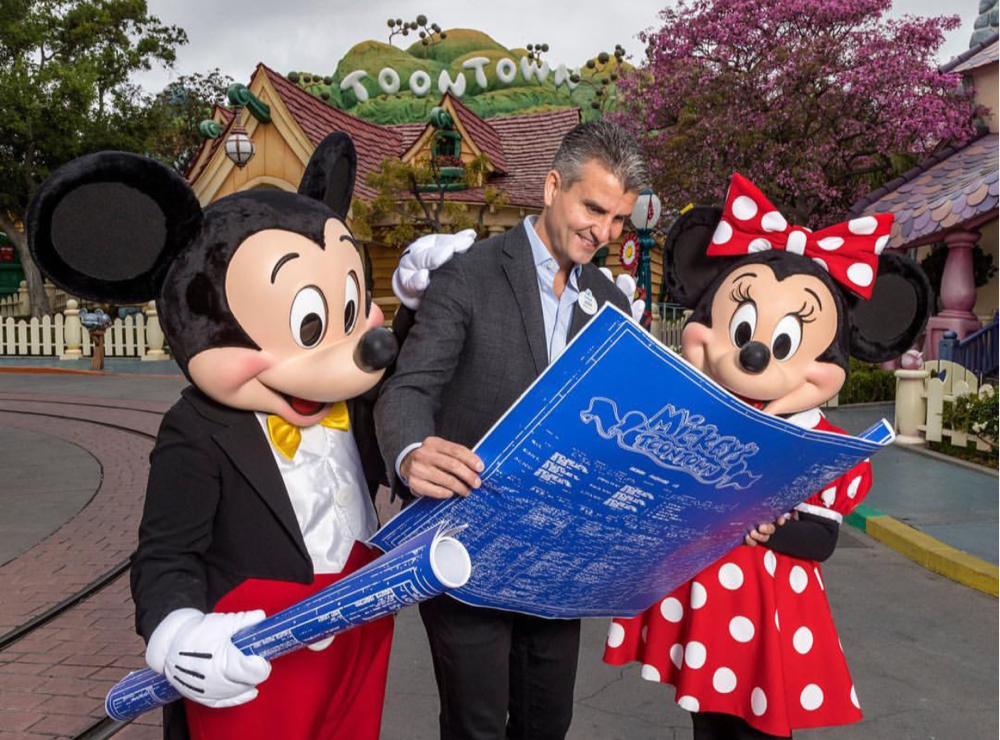