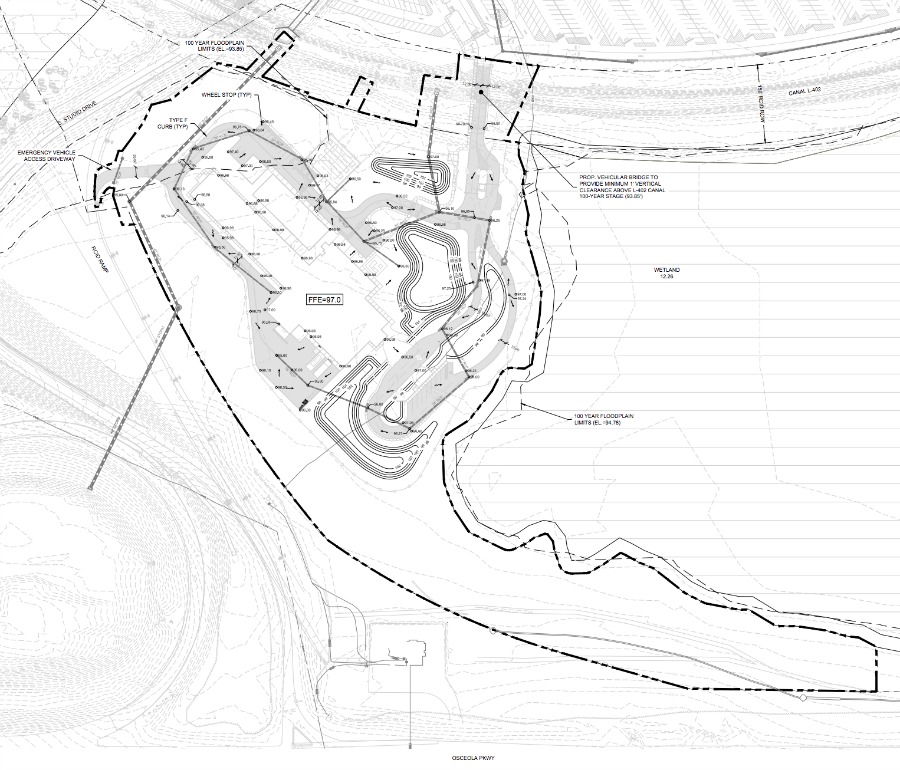 A new permit filed today has provided details on where the upcoming Star Wars Hotel near Disney’s Hollywood Studios will be located in relation to Star Wars: Galaxy’s Edge including how it will be accessed by guests of the hotel.

According to the permit,

“The project generally consists of clearing, earthwork mass grading, and development. Also, the project includes construction of a bridge over the RCID L-402 Canal. All water quality treatment and compensating storage will be accommodated in the existing, downstream stormwater pond.”

The permit also reveals that a bridge will be installed over an existing drainage canal allowing vehicles to get to the front entrance of the hotel from the Hollywood Studios parking lot. Disney has previously shared artist renderings of the appearance of the inside of the hotel, but not many other details have been revealed as of yet.