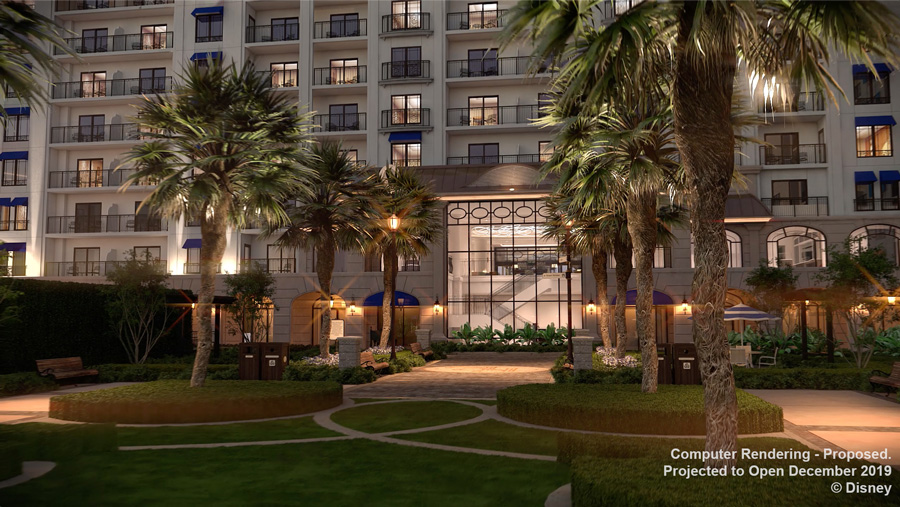 The Walt Disney World Resort has just released several new pieces of concept art as well as new details on Disney’s Riviera Resort that is set to open in December.

As we’ve learned previously, the Resort will be filled with the history and charm of the European Riviera where Walt and Lillian Disney vacationed back in the day.

When guests enter, they will see how Disney Imagineers created spaces that celebrate “the elegance of a modern European retreat blended with a touch of old-world glamour and a uniquely Disney twist” with precise details everywhere they look. Read on for a closer look at the thoughtful planning and features that will make this upcoming Disney Vacation Club Resort so special. 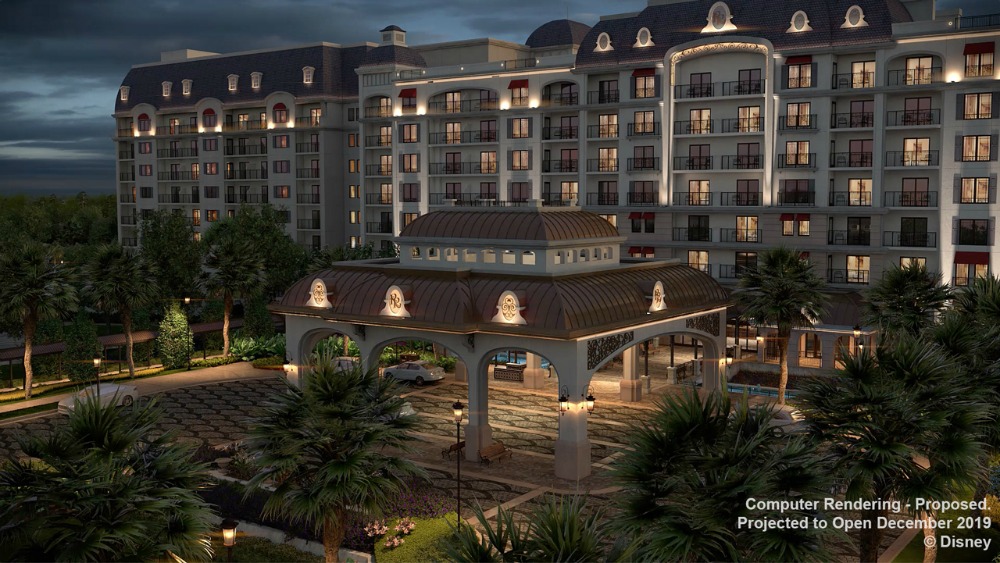 Its articulated stone base and smooth stucco façades will be accented with decorative metalwork and colorful awnings. French mansard roofs and Italian style arches and loggias will intermingle with other architectural styles found along the coastal region.

The center building, or tower, with expressive roofs and ornamental details, will be at the heart of the resort. Adjacent wings are designed as if added progressively to accommodate more travelers. The resort itself is a layered story, inspired by the buildings and architecture in Europe that grew and evolved over time. 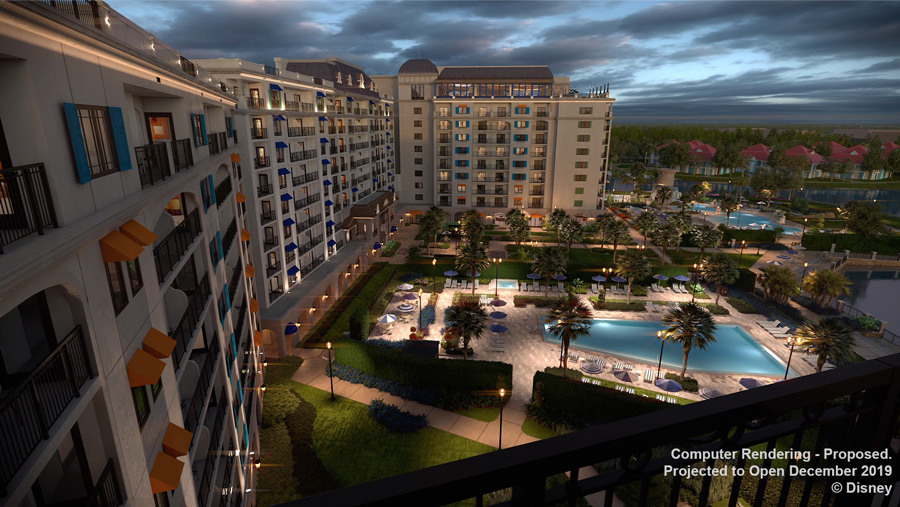 Each wing of the resort will grow in height, from eight to 10 stories, allowing for sweeping views of the resort to be seen from the rooftop restaurant, Topolino’s Terrace – Flavors of the Riviera.

Porticos, towers, and terraces, as well as a unique, coastal-inspired color palette, will give each resort wing an exterior style all its own – a visual representation of the changes in design styles that influenced regional resorts throughout the century.

The window styles will vary across the façade of the resort, with variations in size, shape, and mullion designs. Continuing the inspired architectural details, the iconic window awnings of the region will be married with shutters of varying colors and arrangements. A variety of decorative railings throughout the resort will feature a subtle Disney twist, with motifs of Mickey Mouse and his leading lady, Minnie Mouse. 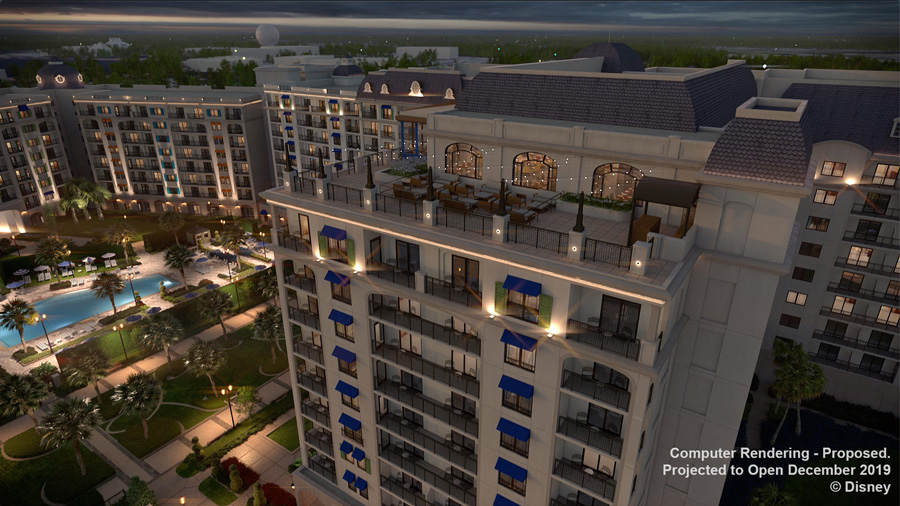 By incorporating these detailed differences into the design, Imagineers captured the progressive feeling of European architecture, imparting a sense of history and story that developed over time.

From this new Resort, guests will be able to travel to different attractions and experiences around the Walt Disney World Resort by taking a gondola ride on the new Disney Skyliner system when it opens this fall.