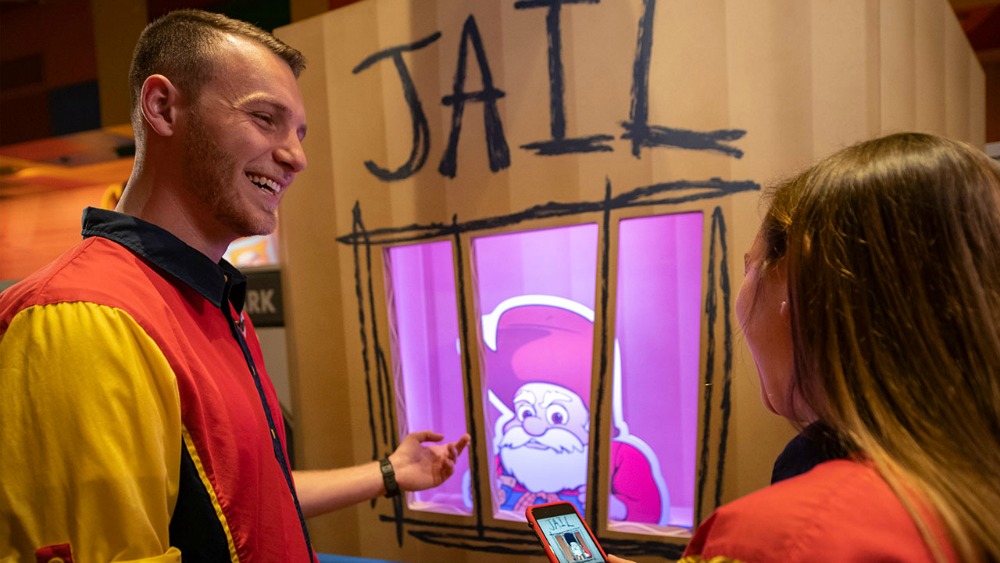 The Play Disney Parks app can be a fun way to stay busy and entertained with trivia, games, and music while waiting in line for your favorite Disney theme park attractions. A new feature allows guests to bring an interactive show effect to life while using the app in Toy Story Land at Disney’s Hollywood Studios. Stinky Pete, from Disney and Pixar’s Toy Story 2, has joined some of his friends in the Toy Story Mania! queue.

The Old Prospector makes an appearance while guests are playing “Playset Party” which is one of the several games offered in the Play Disney Parks app in the queue of the Toy Story Mania! attraction. “Playset Party offers players multiple mini-games where they’ll help with assembling the Toy Story Mania! playset. Once the mini-games are completed, Stinky Pete might pop out and surprise you. When near the end of the queue, guests should look for a “wild west-style jail cell that Andy has constructed.”

The Play Disney Parks app is available for both iPhone and Android in the App Store on your mobile device.