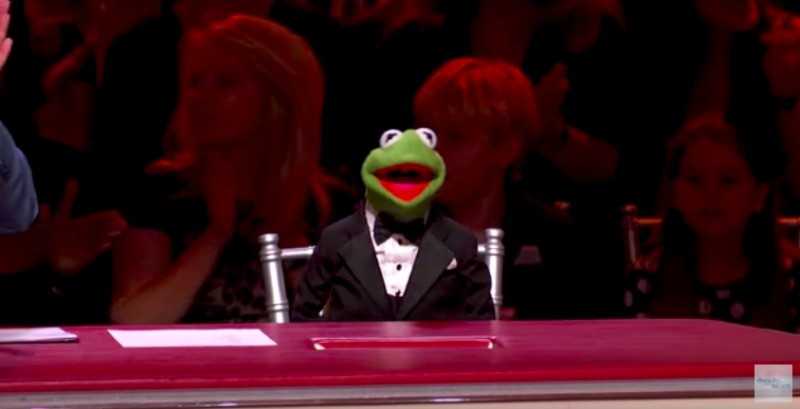 Kermit the Frog stopped in during last night’s episode of Dancing With the Stars for ‘Disney Night.’ Kermit is now voiced by Matt Vogel who took over for Steve Whitmire who had voiced Kermit for 27 years prior. Whitmire claimed that he was terminated after accusations of being unprofessional.

Kermit appeared in last night’s show as an additional [guest] judge for Emma Slater and the Property Brothers’ star Drew Scott after their performance of a Viennese Waltz to the tune of ‘Rainbow Connection.’

Kermit definitely enjoyed the performance holding up his perfect 10 scorecard and saying, “You floated across the dance floor like a pair of tadpoles who just dropped their tails.”

While last night’s voicing of Kermit was slightly different from Whitmire’s, there was some outcry on social media about the noticeable difference.

Some viewers did express their disappointment via the #DWTS hashtag, however.

Another Twitter user was loving Kermit as a guest judge and tried to start a petition for him to take over an existing judge’s spot!

Based on this tweet below from Puppet Master Tim Lagasse, it doesn’t appear that the voice we heard during last night’s show was actually Vogel’s, so we’re a bit confused.

Take a look at the clip below and let us know your thoughts!