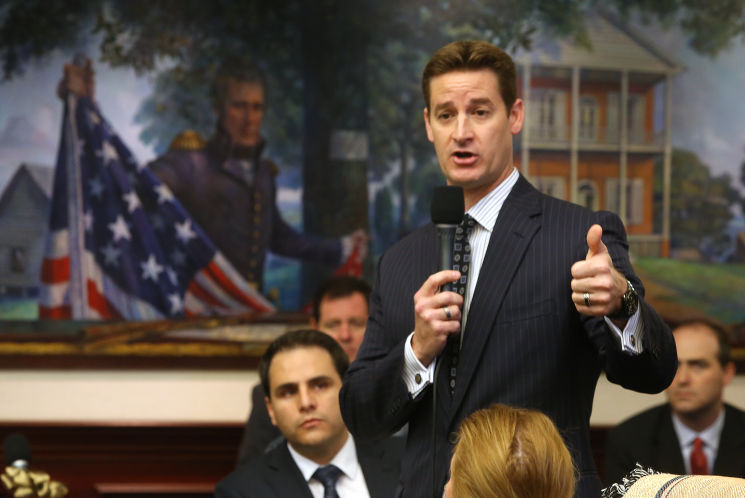 Senate Judiciary Chairman Greg Stuebe, a conservative Republican out of Sarasota, has proposed a measure in the Florida Legislature that could have a profound impact on the rights of business owners, as well as concealed carry permit holders. The proposal, SB610, is intended to hold businesses that ban guns responsible in the event that a possibly deadly incident occurs on their premises. The reasoning is such: If a concealed carry permit holder is not allowed to bring their firearm into an establishment due to a business’s decision to ban guns from their property, and an incident occurs (from mass shooting to animal attack), the business owners would be held liable; due to their failure to provide adequate protection while restricting the gun owner’s ability to defend themselves. The bill would open businesses up to lawsuits seeking damages, attorney fees, and court costs; liability lasting up to two years after the incident. This measure is backed by the National Rifle Association and joins a significant list of gun-related bills proposed by Stuebe.

The proposal was filed January 31st and has not been assigned to legislative committees for review yet. There is also no House companion currently, which is a general necessity if it seeks to become a law. Stuebe released six other gun-related bills the morning of February 1st; each a part of a single controversial proposal, SB140, that he has intended to break up and pass individually. All of the measures so far seek to allow the carrying of concealed handguns: in airport passenger terminals (SB618), at legislative meetings (SB620), other government meetings (SB626), in career centers (SB640), on campus at public colleges/universities (SB622), and in courthouses (to be temporarily surrendered to security SB616).

Stuebe has stated that he has not spoken with Florida business owners about his measure. The Florida Chamber, the Associated Industries of Florida, or other Florida business groups have not yet made statements regarding the proposal. Speaking of his new measure Stuebe has stated, “If you’re prohibiting my ability to carry and I’m licensed to carry … you’re going to need to make sure that there’s adequate security in place to protect me in the case of an emergency or some type of shooting incident. And if you don’t take those adequate measures and something happens, then you’re going to be liable.” Regarding Stuebe’s views on business right versus concealed carry rights Stuebe has said, “It’s the premise in Florida that if a private business wants to prohibit guns in their location that’s open to the public, that’s fine they can do that. But if you’re going to do that, in my opinion, I should have some assumption that I’m going to be protected as a concealed carry permit holder because you’re taking away my ability to defend myself.” Florida leads the nation in concealed carry permits, numbering around 7.1 million permit holders.

NRA Lobbyist Marion Hammer has stated in an email,”When (businesses) deny customers and clients the ability to exercise the constitutional right to bear arms for lawful self-defense, they incur an extraordinary duty of care to protect those people and an extraordinary liability if they fail to do so.” Hammer is an influential NRA representative in Tallahassee, and the NRA has given their support to SB610.