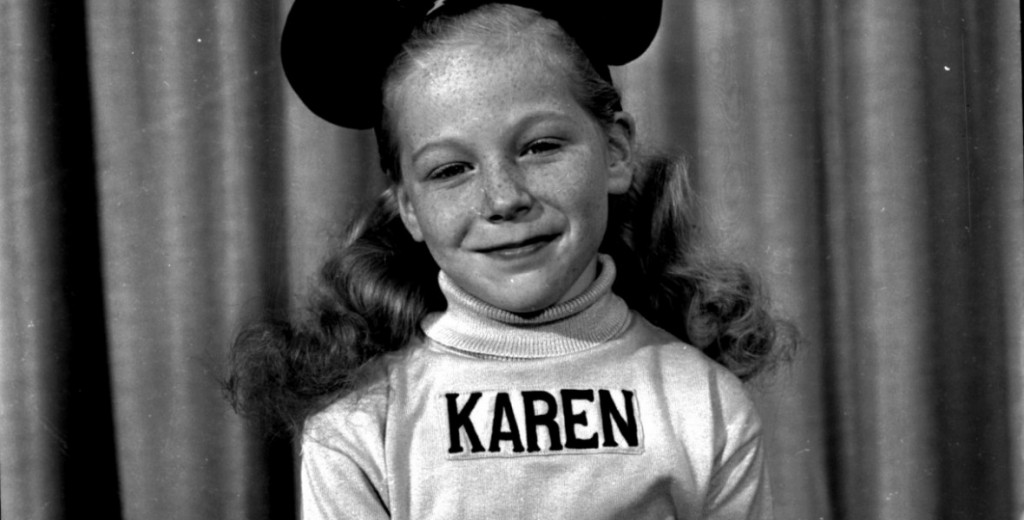 Karen Pendleton, one of the Mousketeers on the original The Mickey Mouse Club died this weekend from an apparent heart attack. She was 73. Pendleton, who was often paired with Mouseketter Cubby O'Brien, was one of the youngest kids on the show, which ran from 1955 to 1959 on ABC. Pendleton remained with the show for its entire four-year run. Pendleton left show business after The Mickey Mouse Club, but returned for reunion shows and conventions. In 1983, she was in an automobile accident, receiving injuries that paralyzed Pendleton from the waist down, necessitating the use of a wheelchair the rest of her life. Pendleton went on to become an advocate for people with disabilities, serving as a board member for the California Association of the Physical Handicapped. Pendleton's daughter Staci released the following statement:

My mom loved her Mouseketeer family. Getting together with [her co-stars] was always a high point. It gave her the opportunity to relive great memories and to meet so many Mickey Mouse Club fans that watched the show as kids and loved her. Many told her that they named their daughters Karen in her honor.