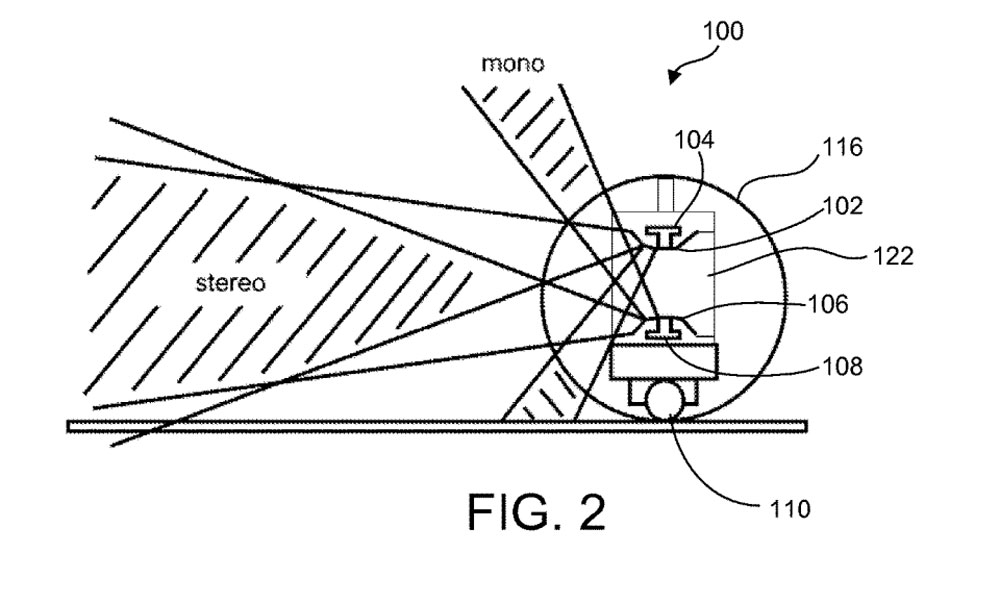 A patent application from Disney Enterprises, Inc. has been published today which centers on groups of robots interacting in Disney theme parks.

Titled “Systems, Methods, and Apparatuses for Stereoscopic Imaging,” the patent is focused on visual communication between multiple robots deployed at the same time. The application describes,

Robots may be used for entertainment, utilitarian, and/or other purposes. A plurality of robots may be deployed in an environment and programmed to carry out one or more tasks. A plurality of robots in such a scenario may be referred to as a “robot swarm.” It is often desired for the robots within the swarm to be “aware” of each other. Individual ones of the robots and/or a central processing unit may carry out localization processes including determining relative location, speed, direction of movement, and/or other information about individual ones of the robots…

Robot’s can be made aware of each other’s positions and actions in a number of ways, but this document focuses on optical location. The technology described is essentially a pair of cameras facing each other behind/inside convex mirrors, each recording the images reflected in front of them. These images synchronized together give the robots a better understanding of where its fellows are in relation to it. The most important information park enthusiasts can take away from this application is that Disney is working towards the successful operation of multiple robots in the same areas of the parks. With the upcoming Star Wars: Galaxy’s Edge based around such a droid-abundant intellectual property, it is highly possible that we could see this system implemented there.