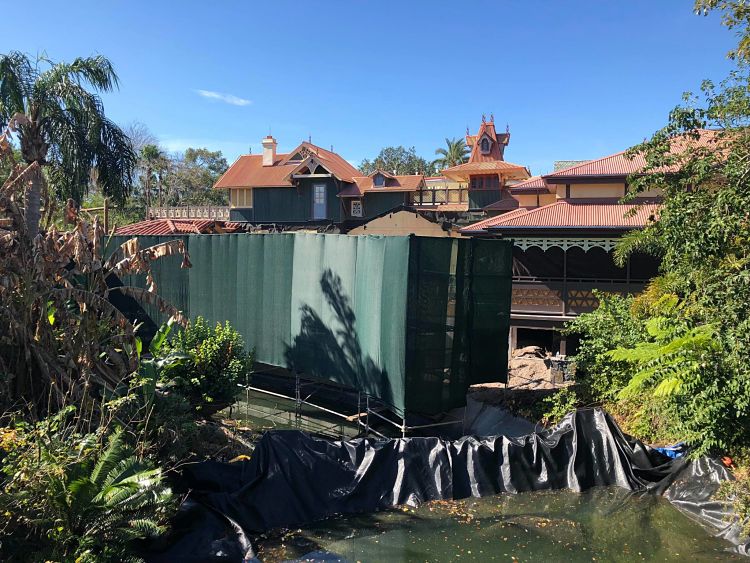 Last year it was officially announced that Walt Disney World would be creating their own version of Club 33. If you don’t already know, Club 33 is an exclusive club in Disneyland Park where members can enjoy a break from the theme park crowds in a private lounge and restaurant. Each of the Walt Disney World parks will have their own Club 33 locations, and the current construction near the entrance to Adventureland has become the expected location for the club in the Magic Kingdom. From 1971 until 1994 this location was the Adventureland Veranda restaurant, which served a wide variety of food over the years including fried chicken, stir-fry, sandwiches, egg rolls, and French fries. It was recently reported that registration costs are said to be upwards of $25,000, with annual dues in the neighborhood of $15,000.

While this space has widely been rumored for the location, it has still not been confirmed by Disney. When more details become available, or these construction walls start to be taken down, we will report on that immediately.