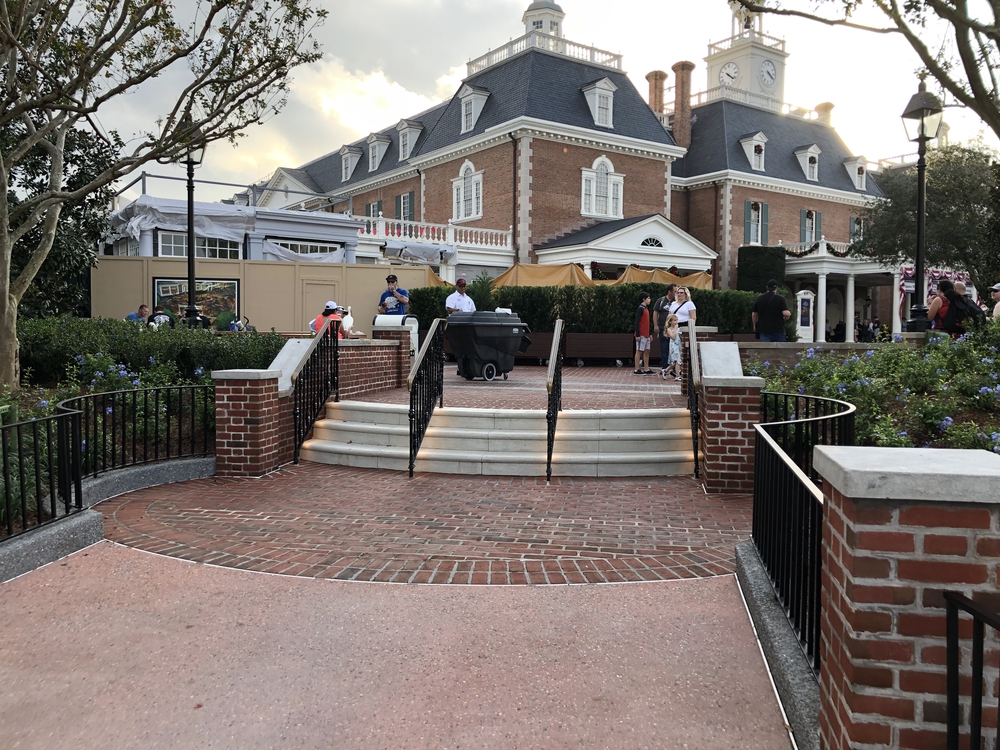 UPDATE (1/3/20): In addition to yesterday’s news that Sam Eagle will be the host of the new fast-casual dining location in Epcot’s American Adventure, we have been given at peek at signage that will grace the pillars and posts of the establishment.

As you can see, Sam plays a prominent role on both the sign and poster. 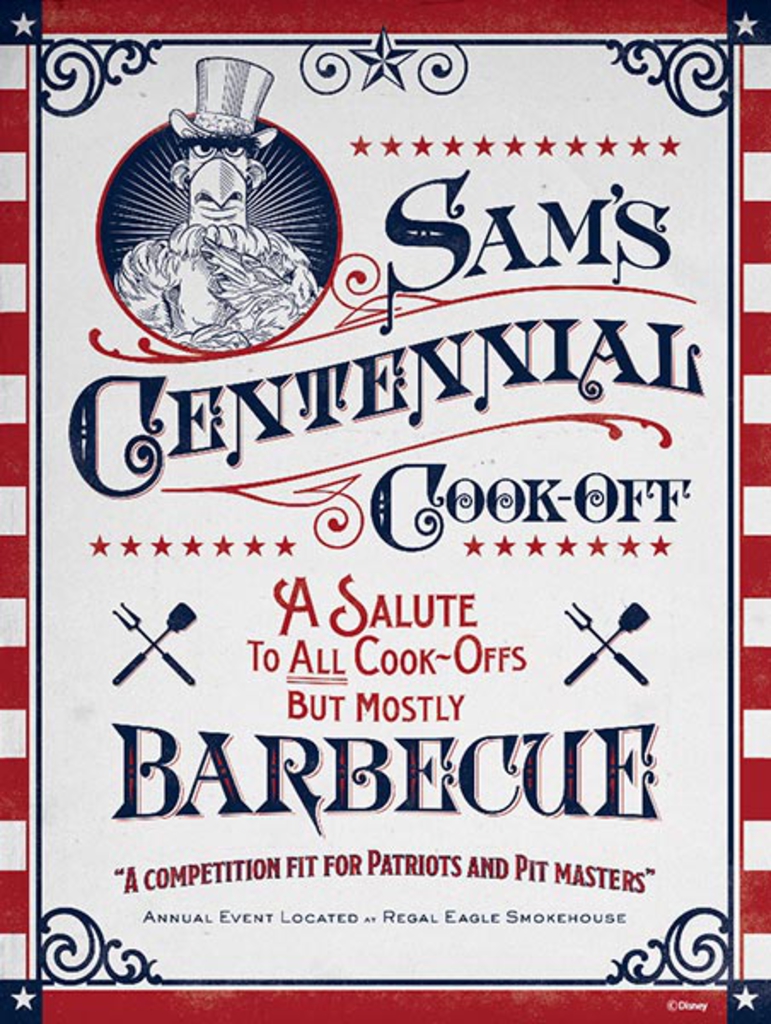 Muppets fans, rejoice! Disney has announced that the new counter service dining location in Epcot’s The American Adventure will be hosted by none other than Sam Eagle. Regal Eagle Smokehouse: Craft Drafts & Barbecue will be coming soon to the pavilion, and, as previously reported, will serve barbecue favorites (including plant-based options), salads, and craft brews. 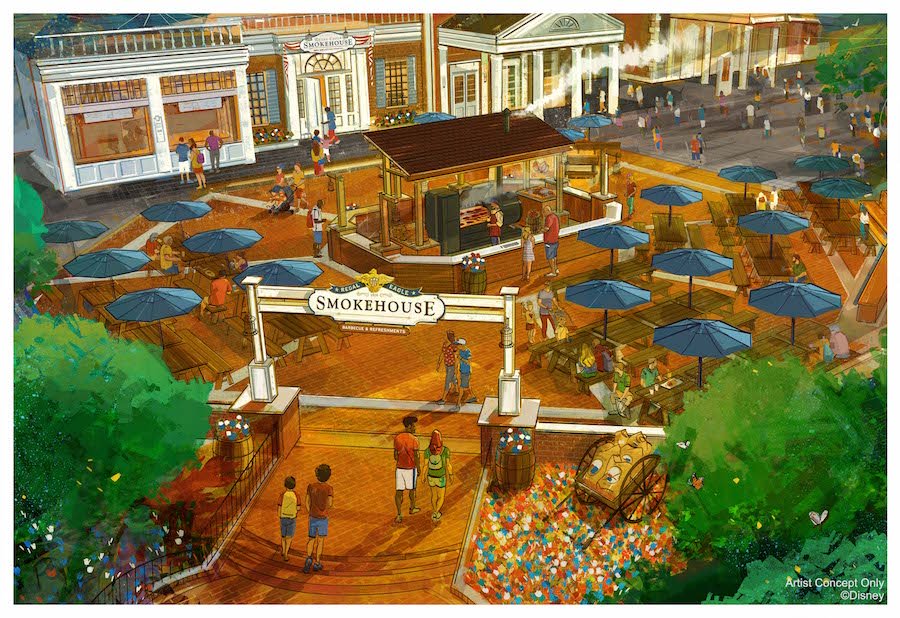 The newly announced backstory of the dining location is that Sam Eagle is hosting a centennial cook off, and, as Muppets fans would expect, it will be “a salute to all cook-offs…but mostly barbecue”. 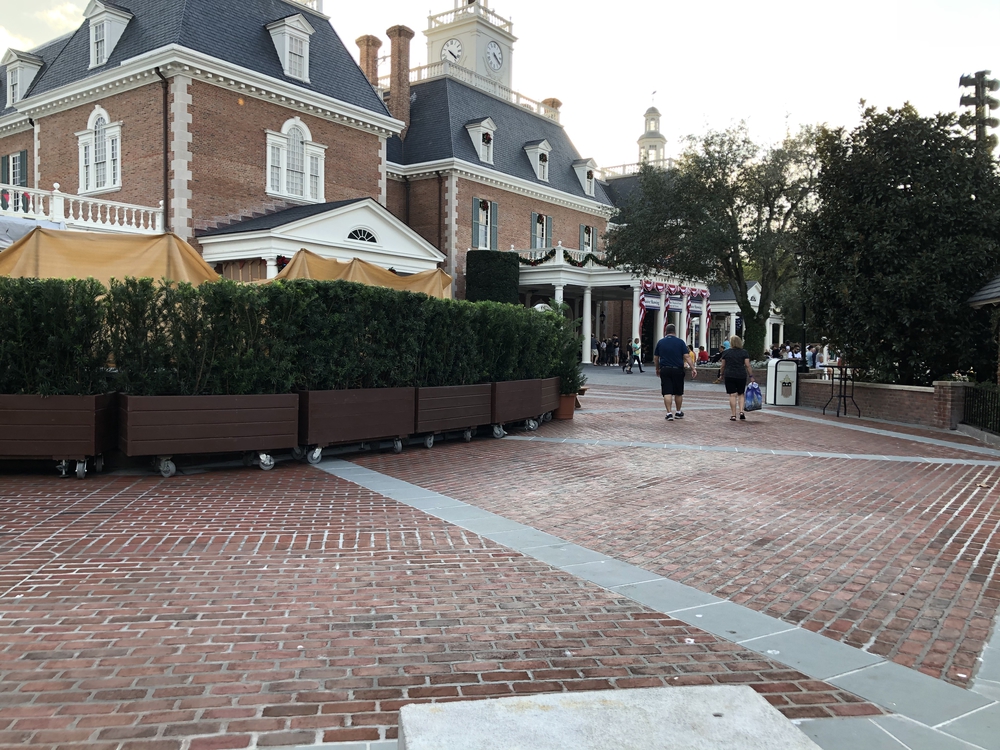 The construction progress on Regal Eagle Smokehouse is humming right along. 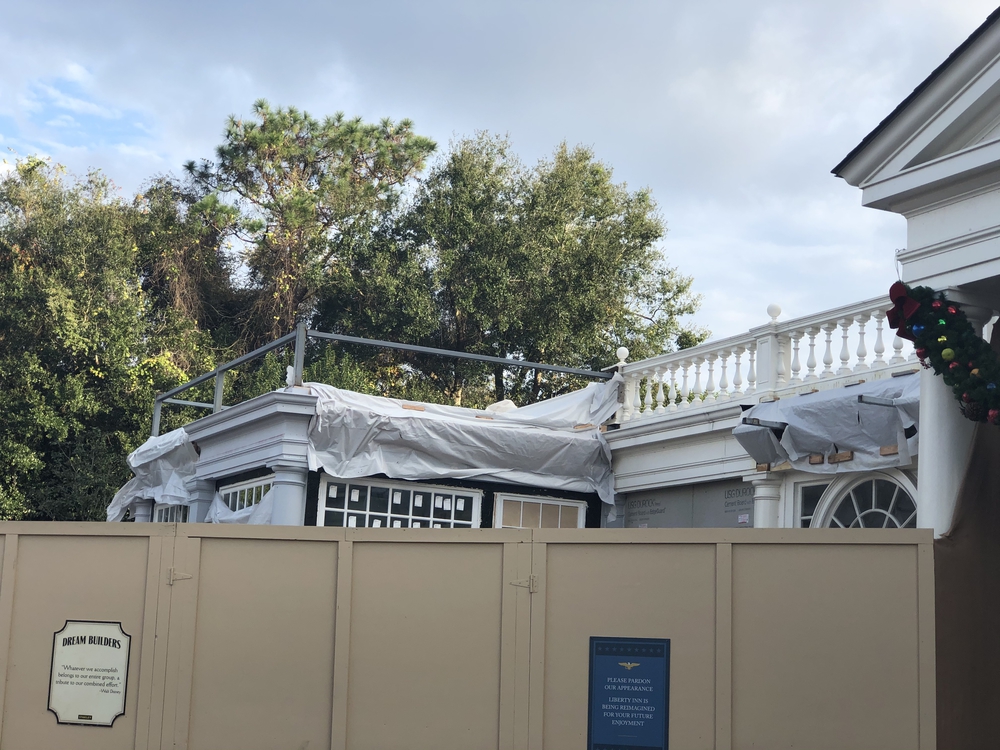 A newly opened staircase at the northeast corner of the pavilion will allow for increased guest flow in and out of the area. The patio has also been refurbished, and work continues with newly installed windows and roofing seemingly being the focus of current attention.