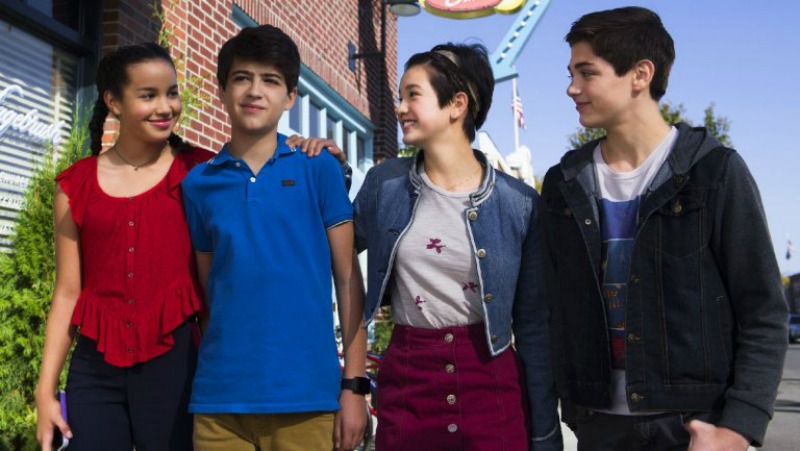 It’s no secret that the Walt Disney Company supports the inclusion of all people, “with stories that reflect acceptance and tolerance and celebrate the differences that make our characters uniquely wonderful in their own way.”

Next month, the Disney Channel will be introducing a gay storyline into the second season of one of its very popular series, Andi Mack, marking a first for the network.

Gay characters have been featured in single episodes of shows on the Disney Channel before such as Good Luck Charlie and Doc McStuffins. This will be the first time that the story of a main character comes to the realization that he or she is gay and then kicks off their journey to self-discovery and ultimately self-acceptance as a gay individual.

“The coming-of-age series was created by Terri Minsky (Lizzie McGuire) and focuses on a 13-year-old girl by the name of Andi (Peyton Elizabeth Lee) and her interactions with her family and her two best friends, Cyrus (Joshua Rush) and Buffy (Sofia Wylie). With a median viewer age of 10 years old, Andi Mack is the No. 1 series this year among girls and top-rated in its time period among kids 6-14.”

In a statement from a Disney Channel spokesperson,

“Andi Mack is a story about tweens figuring out who they are; Terri Minsky, the cast and everyone involved in the show takes great care in ensuring that it’s appropriate for all audiences and sends a powerful message about inclusion and respect for humanity.”

“With more and more young people coming out as LGBTQ, Andi Mack is reflecting the lives and lived experiences of so many LGBTQ youth around the country,” said GLAAD president and CEO Sarah Kate Ellis. “Television reflects the real-life world, and today that includes LGBTQ youth who deserve to see their lives depicted on their favorite shows. Disney has been a leader in LGBTQ inclusion, and there are so many young people who will be excited to see Cyrus’ story unfold.”

The second-season premiere of Andi Mack is set to air this Friday at 8:00 p.m. ET/PT. Friday’s episode will find “Andi awkwardly sorting out her feelings for her classmate Jonah (Asher Angel). At the same time, Cyrus, also 13, realizes that he, too, has feelings for Jonah and confides in Buffy — the scene and Buffy’s reaction are intended to serve as a positive role model for both kids and adults — even as he struggles with how to share this revelation with his new girlfriend.”