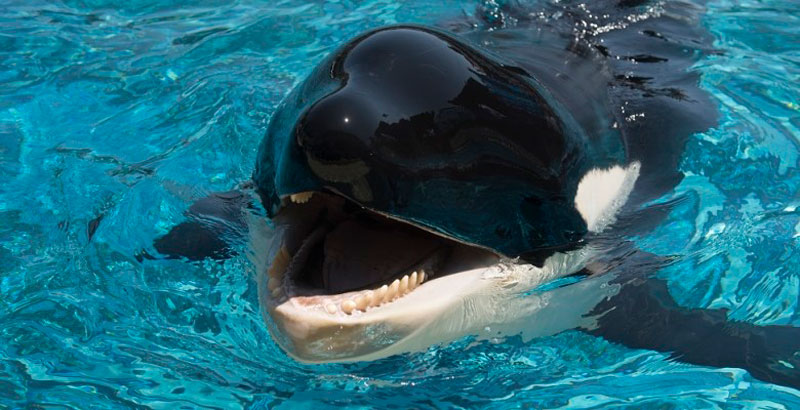 SeaWorld Parks and Entertainment CEO Joel Manby shared his feelings about the company’s stance on killer whales, and the harsh criticism from activists it has received, while speaking at the ICR Conference in Orlando on Monday. The ICR Conference is a function attended by international investors, analysts, bankers, and select media; Manby used the opportunity to express his frustration with the logic of animal rights activists, claiming that the public’s perception has been altered by “lies” and those with a lack of “critical thinking.”

Some of Manby’s irritation seems to be based around how the orcas fit into SeaWorld’s current business model. He lamented,

“When you thought of SeaWorld five years ago, you thought of it as Shamu the killer whale. When Shamu became a liability, it created somewhat of a confusion around the opportunity for us.”

The liability Manby is referencing is a change in public perception over SeaWorld’s treatment of the whales, due in no small part to the 2013 film Blackfish, a documentary focused on the company’s performing whale Tilikum and his trainers. SeaWorld is still suffering effects from Blackfish in the form of increased scrutiny by whale rights activists, lowered theme park attendance, and ongoing litigation regarding whether they were honest with investors about the film’s impact.

SeaWorld put a halt to its controversial orca breeding program in 2016, meaning no new whales would be born in captivity and those already born would remain under SeaWorld’s care. Since then, however, SeaWorld surrendered six orcas to the care of Loro Parque; Loro Parque is a zoo located on an island off the coast of Spain whose president, Wolfgang Kiessling, was vocally against ending the breeding program. One of those six whales turned out to be pregnant, meaning its offspring will be born into captivity. Manby said the program will not be renewed by SeaWorld within his “human lifetime.”

Regarding the killer whales SeaWorld still has possession of, the popular whale shows the theme parks are famous for have been phased out of certain locations already, yet will still remain in others until 2019. The company has altered their strategy to focus more on education and conservation. Manby said,

“We will still have the whales for 50 years. They live a long time. This is a decision that is for the immediate. But we get to keep the whales and have the experience yet have some relief from a legislative standpoint.”

According to Manby, activists shouldn’t be thinking of institutions like SeaWorld as the enemy. He said, “One hundred years from now, people are going to be begging for zoos and aquariums to take the animals from the wild because the extinction rate is so high.”

He believes that the greater threat to whales, sharks, and dolphins are the fishing practices that lead to numerous deaths each year. He added,

“Those are the issues we should be talking about, not 29 whales at SeaWorld that have been born at SeaWorld and have lived there their entire life and cannot be released to the wild because they would die. So I get frustrated with the small-minded arguments from activists that really don’t know what they’re talking about.”