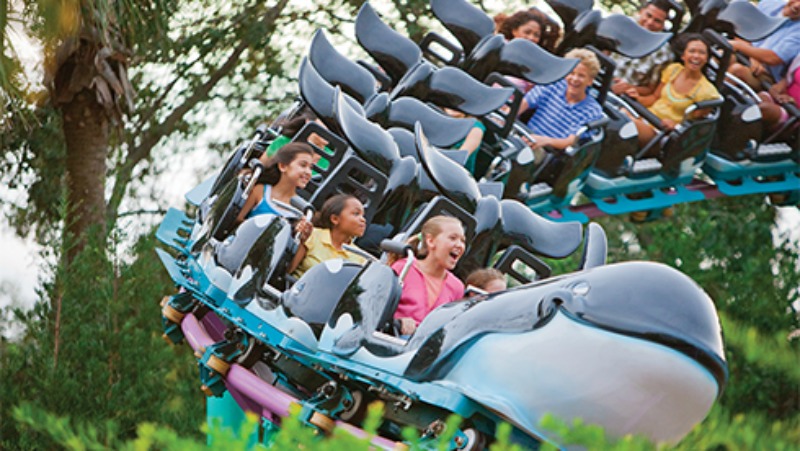 SeaWorld Entertainment Inc. reported their earnings for the first quarter of 2018 today, and the numbers show increases in both revenue and park attendance. Interim Chief Executive Officer of SeaWorld Entertainment, Inc. John Riley credited the company’s increased marketing efforts, guests’ anticipation for upcoming attractions, and a conveniently-timed Easter weekend for this quarter’s boost.

“We are happy about the progress we made in the first quarter and the continued positive results we are seeing year-to-date in April and are laser focused on continuing to execute as we enter the peak summer season,” Riley stated. He added, “Despite this strong start to the year, we know we have significant opportunity for further improvement.”

The company did not see improvements in every area, however; they had a 2.8% higher net loss than the same time last year, growing from $61.1 million to $62.8 million. The report cites “$21.5 million of pre-tax expenses associated with separation-related costs and a legal settlement accrual in the first quarter of 2018” as reasoning behind the loss, as well as the fact that out of its 12 parks, only 5 are open for the full quarter.

Riley highlighted the company’s 10% increase in season pass sales, as well as a 1.4% jump in total revenue per capita driven largely by the increased in-park spending. When talking about SeaWorld’s future earning potential, Riley noted a number of upcoming attractions and gave insight into the company’s expectations.

As a reminder, this year we have one of the most compelling line-ups we have ever had of new rides, attractions and events across our parks. We have Electric Eel in San Diego and Infinity Falls in Orlando still to be opened; we have our one-of-a-kind Sesame Parade in San Diego and still to launch in San Antonio; and this summer we have our award winning Electric Ocean event coming to each of our SeaWorld parks and our Summer Nights event coming to each of our Busch Gardens parks. As we stated in February, we expect to deliver the remainder of our previously announced $40.0 million in total net cost savings and the additional $25.0 million of cost savings we announced in late 2017 by the end of 2018. We believe we have significant scope to improve the financial performance of this Company and with our biggest quarters still ahead of us we believe we are well-positioned to make real progress towards that goal in 2018.