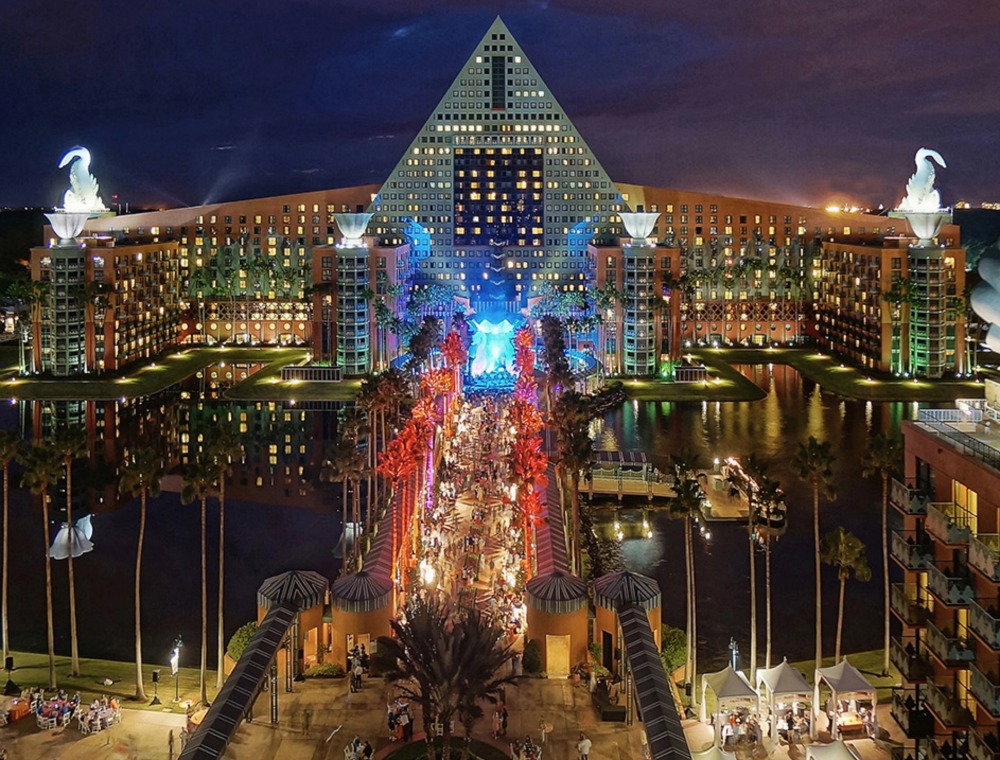 The Walt Disney World Swan and Dolphin Resort has announced dates and ticket pricing for their 2020 Food & Wine Classic. This year’s event will be held November 6th and 7th from 5:30pm to 9:00pm each evening.

The Food & Wine Classic fills the causeway between the two hotels with booths that feature tastings from the various restaurants throughout the hotels, including Todd English’s bluezoo, Shula’s Steak House, and Il Mulino. The weekend also includes beverage tastings, seminars, and entertainment.

2020 event tickets that include the causeway tastings and the beer garden are $155 each. Hotel packages with 2 tickets for the event start at $548.

Tickets, seminar reservations, and hotel reservations are available online. Menus and other details will be announced later.