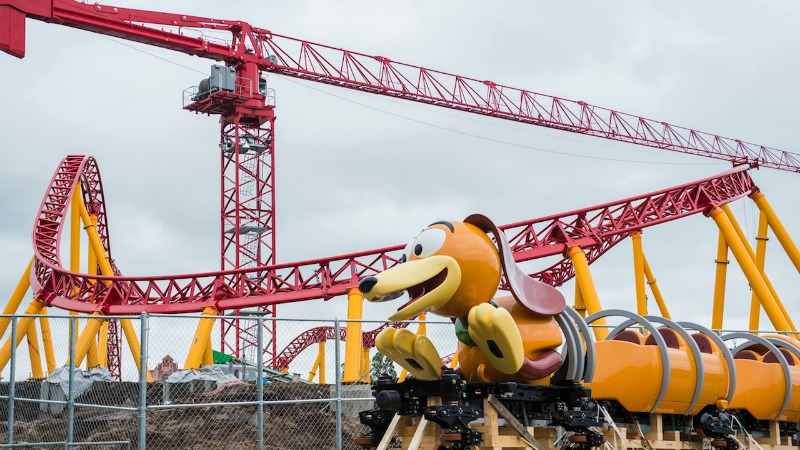 Did you know that today is National Slinky Day? You may have seen the little Slinky Dog teaser we shared on Monday about it!

The Slinky Dog Dash attraction is under construction in the upcoming Toy Story Land at Disney’s Hollywood Studios and the Disney Parks Blog has just revealed photos of the coaster’s first Slinky Dog ride vehicle.

Slinky Dog Dash is going to be a family coaster that will look as if Andy constructed it in his own backyard using the “Mega Coaster Play Kit” and some of his other favorite toys that were seen in the Toy Story films. “The attraction’s ride vehicles, inspired by the character of Slinky in the film, will send riders dipping, dodging and dashing around turns and drops Andy has created to stretch Slinky’s coils to the max.”

Take a look at this super-fun video showing the arrival of this awesome piece of the upcoming Toy Story Land!

“Every Slinky Dog has his day!”