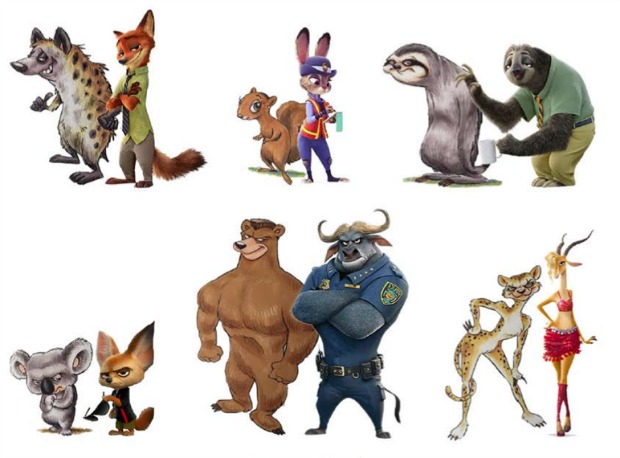 Disney is seeking yet another dismissal regarding a lawsuit over copyright infringement alleged by Gary Goldman, this time due to new materials which give greater detail to the plaintiff’s creation Looney, which he says was the basis for the hit film Zootopia. The first motion to dismiss filed by Disney was mostly successful, but the ruling did give Goldman an opportunity to amend his complaint; it is this amended version with additional information provided that Disney just filed to dismiss on August 28th.

The basis for Disney’s sought after dismissal are the plot points and character outlines that Goldman’s lawyers failed to provide in their first complaint, but that were added to the newest amended complaint. As Disney’s motion states,

“As the Court observed, Plaintiff’s failure to attach the Looney materials to its initial complaint, or to include any clear summary of them, indicated that doing so ‘would have been detrimental to its claims.’… Now that the Looney materials have finally emerged with Plaintiff’s amended complaint, the Court’s observations are confirmed: the additional descriptions and context provided by those materials show Looney and Zootopia bear no similarity, let alone the substantial similarity required to state a claim for copyright infringement.”

Goldman’s suit is predicated upon the claim that after meeting with Disney (and a film company contractually bound to Disney) to pitch his idea for Looney, Disney stole his idea and developed the “substantially similar” Zootopia.

Disney’s first motion to dismiss was granted on the basis that Goldman’s representation did not provide the required materials for review; the descriptions that were provided did not prove any copyright infringement and were deemed to be an overlapping of base ideas.

Now that materials outlining the details of Goldman’s Looney have been provided, Disney has specific comparisons to base this dismissal on. Their motion argues a lack of similarity in multiple areas including plots and sequences, themes, character designs, character traits, dialogue and titles, settings, mood and pace, and combination of elements.

The differences listed by Disney are numerous, but some of the basics can be observed from a comparison of plot synopses:

Disney’s Zootopia is a story of anthropomorphic animals in a world where humans never existed, wearing clothes, living and working in a major city, with a protagonist joining the police force and uncovering corruption and conspiracy; it has undertones of different cultures and backgrounds co-mingling in a modern society.

Looney is the story of a “brilliant but unstable” human animator who creates a popular Looney Tunes-esque cartoon show based off elements of his personality and people from his childhood. His creation is about adolescent animals who live in a zoo and their zookeeper. Much of Looney is centered on the human animator’s ability to deal with fame, poor choices, mental instability, and eventual character growth.

Along with the copyright infringement claim, Disney’s motion also references the state law violations alleged by Goldman. Disney states that since “substantial similarity” has not been proven, the plaintiff’s charges of breach of contract or breach of confidence are unsustainable.