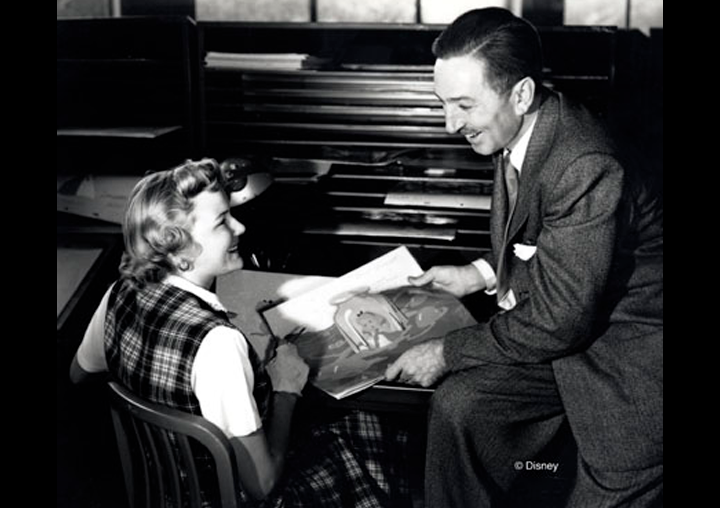 There are only a handful of Disney characters more iconic than Tinker Bell. Ginni Mack, the model that was used to inspire the design of Tinker Bell in the 1953 Disney animated film, Peter Pan, has sadly passed away at 90 years old.

According to Animation Magazine, Ginni Mack’s passing was reported by Mindy Johnson, a Disney Historian and friend of Mack. Johnson will be addressing the passing in her upcoming book Ink & Paint: The Women of Walt Disney’s Animation.

Amazingly, Ginni Mack’s contribution as the model of Tinker Bell went unidentified for years. It wasn’t until 2012, 60 years after the release of Peter Pan, that Disney historians confirmed that Ginni was in fact the model. (Ginni Mack featured to the left in red inspired the face of Tinker Bell, seated next to Margaret Kerry who was the inspiration for the body)

While being the model for Disney Legend and animator Marc Davis in the creation of Tinker Bell is already a huge contribution to The Walt Disney Company, Ginni Mack was more than just a cute face. Ginni was hired at 18-years-old as one of the Ink & Paint artists. Mack had a knack for the sense of colors and was therefore sent to work in the Paint Lab. Mack’s talents in Mix & Match helped contribute to the creation of the post-World War II era Disney films. During her work in the studio she was spotted to be the perfect model for Tinker Bell.

Ginni Mack then fell in love and married Brice Mack in 1958, who worked in Disney’s animation studio as well. Mack left the Disney Studio and worked in an animation production company that her husband had created.

In 1977, Ginni Mack would return to Disney as a Paint Supervisor. Her she oversaw the creation of many animated films like Pete’s Dragon. Before she retired in 1991 she helped test and develop Disney’s Computer Animation Production System, which was a digital Ink & Paint system.