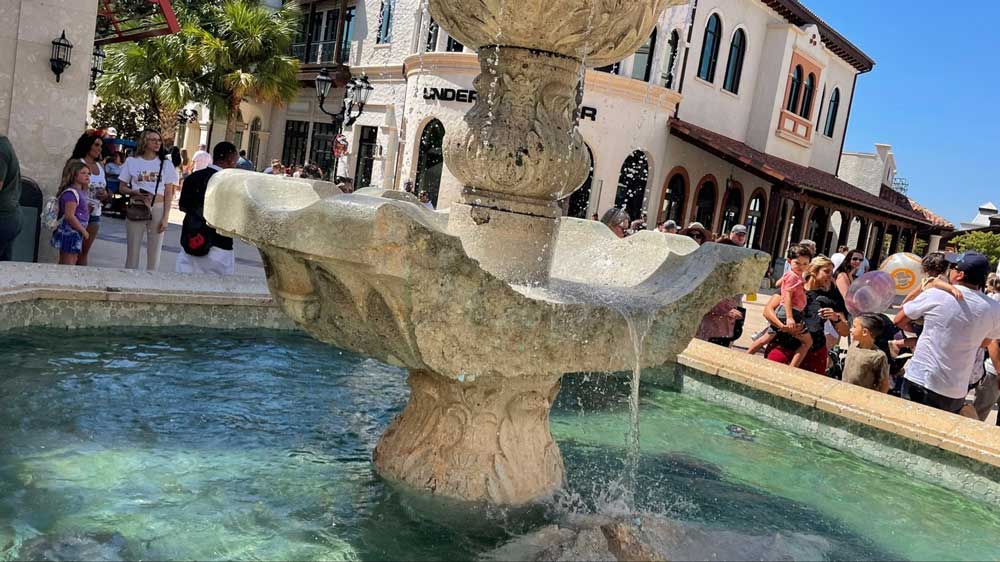 We all know that the Florida heat and humidity can be really hard on, well, just about every single thing if we’re being honest, but where does the line get drawn in determining if the deterioration is a maintenance issue or something else?

Last week, we discussed the collapse of a facade at Keystone Clothiers in Disney’s Hollywood Studios, and this week we’ve got a broken fountain at Disney Springs. The fountain in the image above is the one that’s located just as you come down from the Lime Garage. Town Center opened in 2016, so that fountain is only a maximum of six years old.

As a homeowner in Florida, whose house is stucco on the outside, I can legitimately say that the stuff cracks if you look at it sideways and it’s rather obnoxious even though it looks pretty. So, the Disney Springs fountain is obviously not made of stucco and is really thick, but how/why would a giant chunk of it just break off suddenly unless there was a person standing on that section with all of their weight?

I suppose that what surprises me the most about this breakage is that it’s just out there, visible to guests in a prominent spot there in the middle of Town Center. What in the world? I would expect that a cast member would have enclosed that fountain with construction walls in half a heartbeat.

Do you have a fountain in your yard? If so, please share the type of maintenance work that’s required in order to not have it falling apart as this one did.